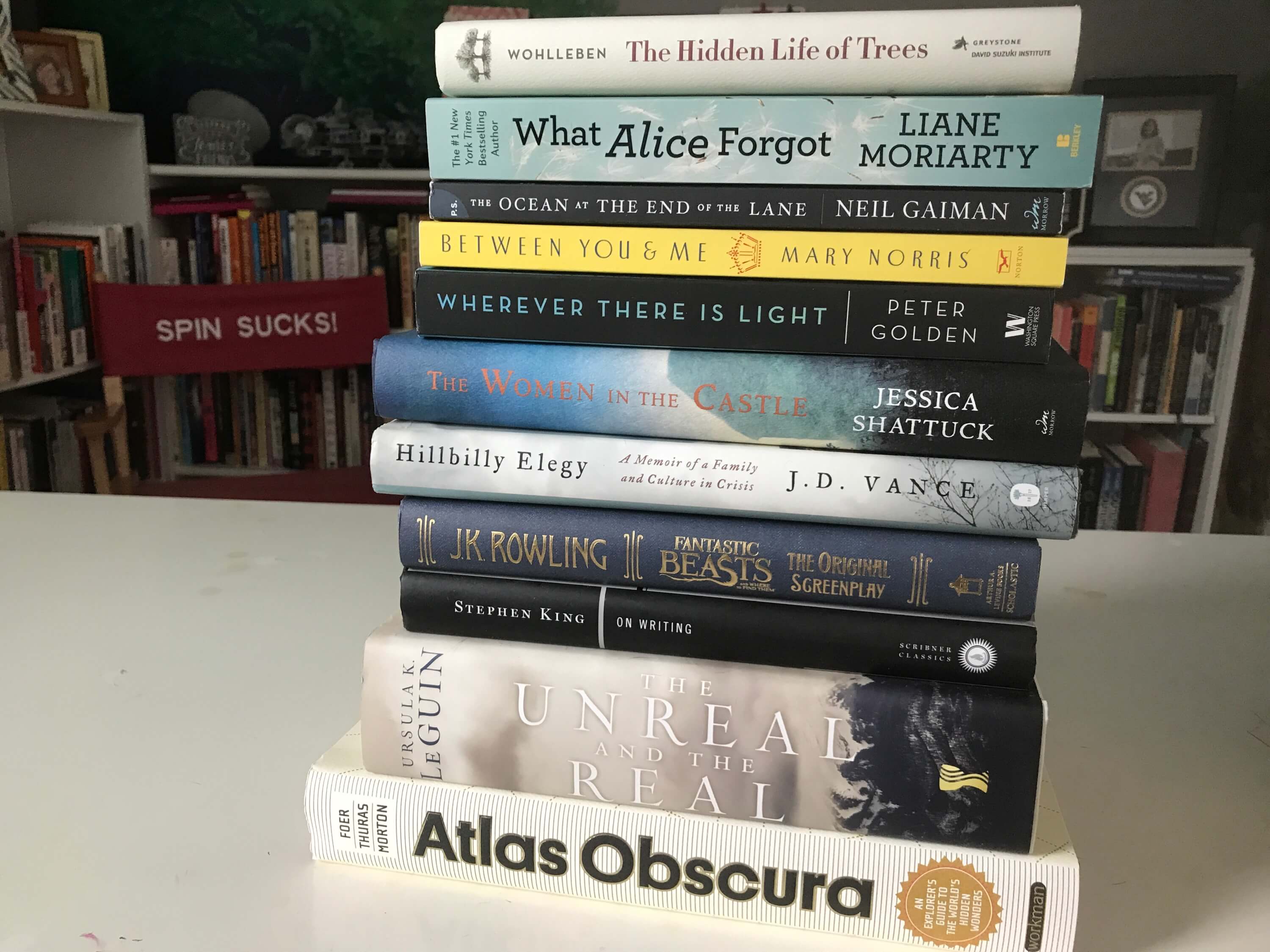 We are headed into a long weekend in the U.S., which always signifies the start of the summer.

It means lots of outdoor riding time, reading by the pool (even if the pool is a blue fish-adorned plastic bowl), BBQs, lazy afternoons, day drinking on rooftops, and sunshine.

Lots and lots of sunshine.

My summer reading list is always all fiction, so if you’re into non-fiction, business, or history, this isn’t for you.

But if you need fiction to read while you sit in the sunshine, this list is for you!

So far this year, I’ve read 19 novels (and seven business books), so you should be able to find something in here that works for you.

They are listed in order of how I read them (thank you, Kindle!), but I can tell you right now, my most favorite (so far) is The Secret History.

And, just for good measure, here is a list (without commentary) of the business books I’ve read this year:

What’s on your summer reading list that you can recommend?

I have 16 more to read this year to reach my goal so let’s hear it!

Photo: Those books are on my summer reading list, but I need to add more!