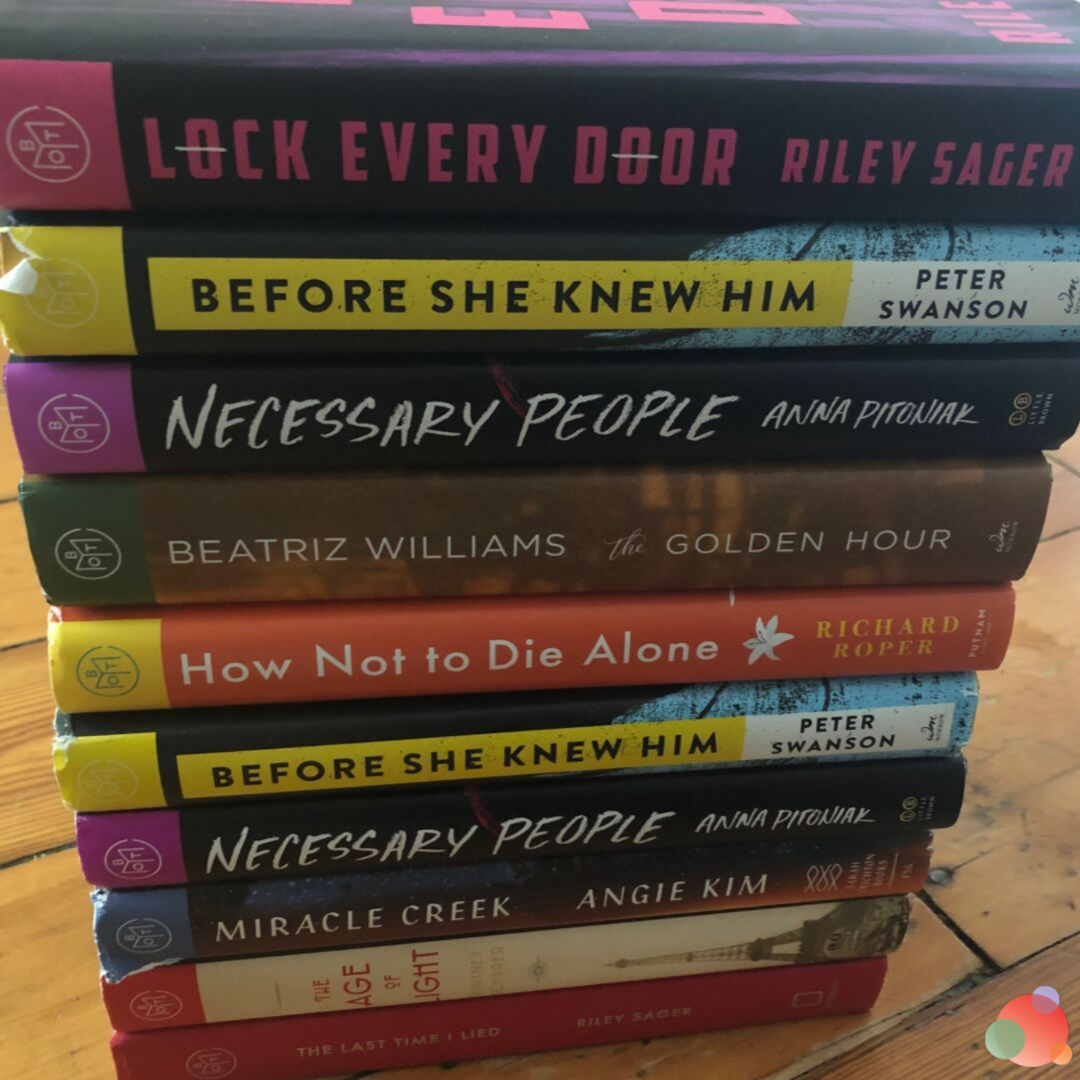 Last week, Whitney Danhauer asked all of you what you’re looking forward to reading yet this year.

In the comments of that article, Jennifer Cheshire mentioned she’s patiently waiting for my annual reading list.

WHICH I TOTALLY FORGOT ABOUT THIS YEAR!

And I’ve had an exceptional reading year, too. I’m on book #21 so far, but am a bit behind my book a week goal.

Sometimes my brain hurts so much at the end of a workday that reading is not an option (so I scroll Pinterest and look at pretty pictures instead).

I still have time. Thirty-one more to go.

This year, I’m going to do this reading list a bit differently. Rather than write out what I loved or hated about each one, I’ll give a quick synopsis and then a thumbs up or thumbs down.

(Because…it would take me a full week to write about each one and this would never be published.)

Also, note there are more than 21 books on this list because I’ve included everything I’ve read since the last summer reading list.

One more thing to note: if you want to amp up your reading, check out Book Of the Month.

It’s been fun for us all to choose books to read and discuss them in our own virtual book club.

They generally have books available that haven’t yet hit the bookstores/shelves so you get to be among the first to read up-and-comers.

It’s introduced me to new authors—some I likely never would have read if I were searching Amazon on my own.

And it’s renewed my passion for real books versus reading them on my iPad.

Now the floor is yours. I’d love to know the top three books you’ve read (or listened to) in the last 12 months.

The photo is all of the books I’ve received from Book of the Month this year. You’ll note there are a couple in the photo that are not on this list. That’s because I haven’t read them yet. Next year!