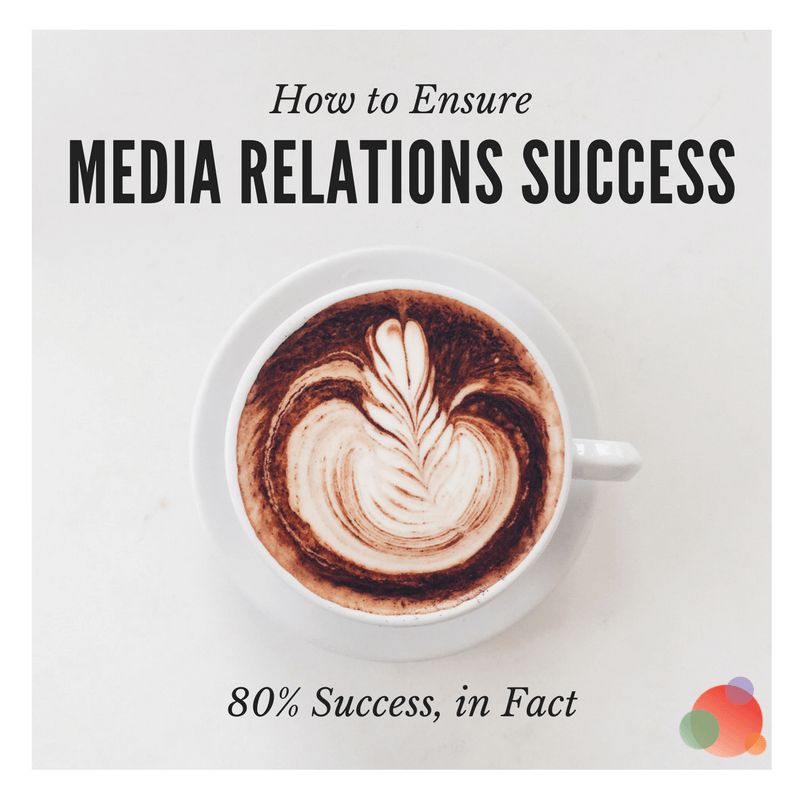 We recently launched the PR Dream Team (which is awesome and you should totally check out, but that’s neither here nor there) where communicators have the opportunity to get advice and help from peers.

I would not have guessed this, but one of the biggest areas people need help—no matter their expertise level—is with media relations.

I’ve read countless email pitches that are way too long, have way too much information in them, aren’t easy to scan, and are all text-based.

And that’s just with the people we’re working hard to help.

You should see my inbox.

It’s atrociously full of PR pros who have zero idea how to effectively pitch.

We actually had a good time the other night because a communicator sent a news release about an event their client was hosting.

One of the things the release said you would learn if you attended is:

Action you can take and what actions to avoid when you need to terminate employees for what they say on social media sites like Facebook and MySpace.

(Not to mention the horribly written sentence.)

It gave us all a really good laugh.

Begin with Pitching Secrets to Build Your Foundation

The point is that everyone has trouble getting the attention of journalists, bloggers, and influencers, even if the message is exactly right on.

And journalists are so overwhelmed with those doing it wrong, those who do it well are lost.

It’s a very frustrating position to be in, particularly when your boss or client is breathing down your neck.

It’s also why Michael Smart has a business—because it’s becoming even more increasingly difficult to get their attention.

If you don’t know Michael, he’s someone you definitely must know.

Not only is he one of my most favorite people on earth, he knows exactly how to get a journalist’s attention…because he used to be one.

I also have to say, I video chatted with him the other night and I think it was only the second time I’ve not seen him in a suit.

He did a webinar on Pitching Secrets for us about 18 months ago that is still one of the most popular—and still very relevant.

(If you haven’t seen it, it’s free. Just click that link and hop over to Spin Sucks Pro to watch it.)

All that to say, he knows what he’s doing when it comes to media relations.

And his clients have serious media relations success when they listen to him.

Get an 80% Response Rate from Media Relations

He has recently launched a report that teaches PR pros how to write subject lines.

In fact, he’s done a ton of research on the topic and has found there is one particular subject line that gets an 80 percent response rate.

How would you like to get that kind of response?

I know some of you reading this are about to beg me to tell you what it is.

It’s really good—and I don’t think I’ve ever used it (but I will now!).

But I can’t tell you what it is!

You have to read the report to find out.

He doesn’t just give you the subject line and walk away. He does that and he gives you feedback on what to put in the body of the email.

Head over to his site, download the media relations report, read it (it’s not too terribly long), and then try it.

And report back. I’d love to hear how it works and what kind of media relations response rate you have.

P.S. If you do want to join the PR Dream Team, it’s time. We close the doors tomorrow night so we can begin March with exclusive content. Don’t dilly dally!