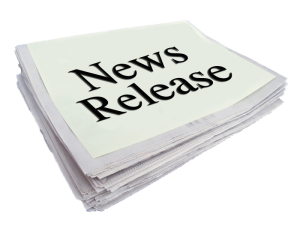 The more often we read a news release in our job every day, the more we find journalists have transitioned into the PR field.

This is great news for all involved because it is advantageous for a professional to understand both ends of the spectrum.

The same goes for the style of writing required for each industry.

A news release should be written as such, rather than as an article. There is a clear distinction between the two, which will be explained below.

Similarities. All titles should grab attention and make people want to read what this is all about. They should also accurately represent the pieces they’re headlining without relying on shock value, especially if the rest of the story doesn’t deliver.

Differences. A news release is always coming from a company or person representing his/herself. While not a requirement, it is a good idea to include the company or name of the person in the title so readers know where this news is coming from. It should also plainly state what’s newsworthy. Make it clear something is being launched, published, or planned by you or your organization.

Similarities. Just as quotes strengthen articles, they also add to news releases. In both instances, they require attribution to the source (who’s saying this?). They should also come from people directly involved with the news. Upper-level management at the company adds credibility, while consumer reviews serve as valuable testimonials. Even if the quote is coming from a company spokesperson, it’s still best to give the person’s name and title. Too many quotes are attributed only to “the company spokesperson.”

Differences. Journalists and other writers are storytellers. When they report on something, it’s their job to create a picture with their words. This is why in an article it’s appropriate to use more descriptive attribution such as, “he said confidently,” because it puts readers into the story. A release, on the other hand, is a statement of fact. A simple “he said,” is all you need once the person has been introduced.

Similarities. Following the inverted pyramid structure of having the important details first is a good rule of thumb in both articles and releases. You want to demonstrate value early on, creating the hook that will keep your audience reading through to the end.

Differences. News releases often include a boilerplate at the end, as an “About” section for your company. They must also include contact information. If a journalist wants to cover your story, they better know who to call or emai. Don’t make them search for this information, because chances are they won’t. Include a full name, phone number, and preferred email address. Including links to social channels will also help your customer-base find and engage you online.

Similarities. Both are published to spread news.

Differences. One of the main tenets of journalism is to remain an unbiased source of information. The main agenda of a release is generally self-promotion. Many writers will attempt to veil the news release as if it’s being reported by a third-party. This is not only unethical and misleading, it doesn’t make sense as per what a press release is.

Don’t ever hide this is coming directly from your company. That is what is expected of a new release. When quoting someone, rather than writing, “We asked Company Founder John Smith for his input,” just go directly into the quote and remember to attribute it to the speaker. Writing, “We asked…,” suggests you’re unrelated to the person in question or the organization, which isn’t true. A simple “he said,” is all you need.

News releases should be written with numerous audiences in mind. Keep it simple for consumers, incorporate natural keywords for search engines, and include all relevant information and attachments for members of the media. When optimized for each of these roles, a news release opens the door to enhanced publicity, customer engagement, and a stronger online presence.

Rebecca Benison is a media relations professional at PR.com, a leader in news release distribution. You can follow PR.com on Twitter at @PRcom or visit www.PR.com.

View all posts by Rebecca Benison