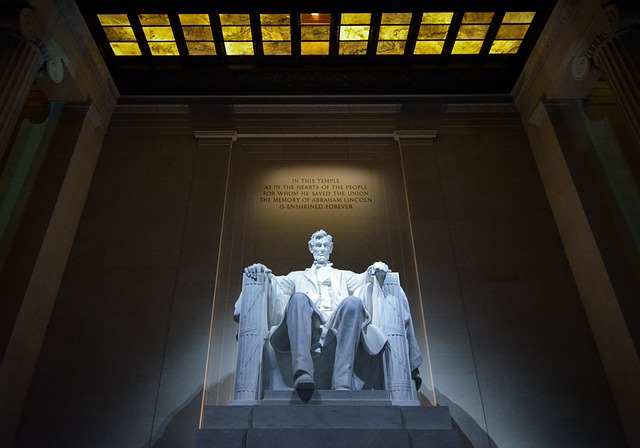 Seven score and 17 years ago today Abraham Lincoln was elected the 16th President of the United States.

For Abraham Lincoln, communication was a primary and powerful tool. One that drove his success, helped him shape public opinion, and defined his presidency.

On this anniversary of his inauguration, the #historynerd in me couldn’t help but take a look back at the communications lessons we all can benefit from today.

The Value of the Story

In the Abraham Lincoln communication strategy playbook stories are essential.

He loved to tell stories, and he used them both in casual conversation and, more strategically, in formal speeches and letters.

Lincoln had a fantastic ability to find just the right story to illustrate a point and did it often.

He pulled stories from situations his audience (the American people) could relate to and important text they were familiar with (such as the Bible or Aesop’s tales).

For example, to stop an argument about who was responsible for the war, he launched into a story about a vicious bull on a farm in Illinois.

One day a neighbor climbed the fence and provoked the bull.

The neighbor and the bull got into a long chase.

Finally, as the bull dragged the neighbor around, while he clung to his horns, the neighbor yelled, “Darn you! Who commenced this fuss?”

And therein lies the question: who is at fault? The vicious bull who attacked anyone and everyone, or the intruding neighbor?

That’s our situation here. It’s our duty to settle this fuss at the earliest possible moment, no matter who commenced it.

Lincoln used stories during a very divisive time to accomplish several of tasks:

Lincoln didn’t tell stories for the sake of stories, but told them with intention.

“Storytelling” is a buzzword we throw around a lot in this industry, but we can all look to Lincoln’s use of stories as a case study in how to really use them in an intentional and effective way.

He led the way for future adaptation and use of new forms of communication technology to reach out and connect to the American people in unprecedented ways.

(FDR and the radio, JFK and the television, Obama and social media.)

Lincoln used the telegraph to control his generals and troops, as well as supply the news media with quick status updates on events as they unfolded.

Even better, because Lincoln was ahead of his time when it came to his understanding of the new communication tool, he completely controlled the message.

He was always the first to get the media information and, therefore, the message he sent was almost always the one used.

Lincoln was also adept at the art of “sound bites.” And extremely good at creating short, memorable statements that translated well through telegram and in speeches.

Much like social media today, these short, message rich statements were shared broadly and cemented themselves in the mind of those who heard them.

(And many of them still in our minds today.)

Tom Wheeler wrote an entire book on Lincoln’s forward-thinking and progressive use of the telegraph and how it was instrumental to help him win the war.

He talks more about in an interview with BookTV.

Relationship with the Media and Thought Leadership

Abraham Lincoln, by all accounts, was the first “media president” in his adept use of the media.

This was also crucial for advancing his agenda.

His use of the telegraph was crucial for this relationship, but so was his strategy around communication, outreach, and response.

How did Abraham Lincoln communicate?

Through the very specific, and tested, use of words.

For Abraham Lincoln, communication was all about wording.

He was fussy about word choice and agonized over phrasing.

His archives are full of endless drafts, re-writes, and edits to his letters and speeches.

He wrote succinctly and specifically.

Not one to speak in long flowery prose, as was customary for politicians of the time.

Specifically, he spoke and wrote for his audience, not his ego.

He also spoke directly to the public through a variety of mediums.

While there wasn’t such a thing as A/B testing, Lincoln did test his prose by submitting anonymous articles and letters to the editors and seeing how people responded to them.

He’d then adapt based on this feedback for his final draft.

Even Abraham Lincoln agreed one of the best ways to become a better communicator is to read often.