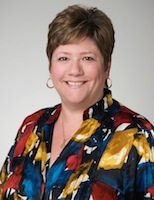 This week our guest posts focus on adapting the traditional to the new. The week will culminate on Thursday with a webinar on How to Socialize Your Newsroom.

I’ve been doing public relations for a very long time.

Since 6th grade, actually, when I helped organize a picket in front of the elementary school to protest the administration taking away our graduation dance (we got it back, by the way).

But with a degree and an actual job description? Since the late 1980’s.

My first title was “publicity coordinator” because in truth, that’s really all we were concerned about back then.  We wanted publicity for our events, our clients, our companies, etc.

And we got that publicity by writing press releases.

Yes, I called them press releases back then, although my team knows that’s now one of my pet peeves—news release is more appropriate. And I wrote dozens and dozens of them. Nice, relatively creative one-page documents, in proper AP-style that were copied, collated, stapled, and placed into folders that magically became a press kit.

These press kits needed to be done at least three weeks in advance of when you wanted news coverage because you actually put them in the mail and sent them to a gigantic list of media. The media list was made up primarily of editors and assignment managers. It hardly ever included a reporter. That’s how we did it back then.

And then we waited. Waited for said editor to think my press kit was so compelling that he/she couldn’t help but assign a reporter to the story.  And then the reporter would call and off we’d go, coordinating interviews.  We were a success – publicity had happened!

Oh the good old days…or were they?

Today, we may cringe at the term publicity. What we do is much more strategic. Publicity is one of the tactics. And we don’t just seek publicity, but rather well-placed stories in media outlets that include our key messages. We still write releases, but very rarely are they mass-produced and distributed to those gigantic media lists.

More importantly, we have relationships with journalists, editors, freelancers, photographers, and videographers that we work with daily to help get those stories told.

And during the past several years, with the increase in online/digital media, we now have access to another type of media opportunity – user-generated sites (or UGS as we like to call them).  These UGS are online media outlets where you have the ability to post your news and photos directly.

In many cases, an editor still approves your content prior to publication to ensure it is indeed “news” and not simply an advertorial disguised as news.

I was in a meeting a week or so ago with the now-retired general manager of the Arizona Republic community sections.  He indicated the “news by you” section of the paper, which appears both online and in the print version, is one of most highly read sections of the paper.

According to him, there are so many great community organizations, events, and programs going on that aren’t getting assigned because the newsrooms are understaffed. By offering the ability to post directly, the paper can still share the information without the need to assign staff. Perhaps one of the most prevalent examples of user-generated content are event calendars. Nearly all online pubs have an online event submission form that automatically updates the site’s calendar.

We are seeing more and more of the “traditional” media outlets offering these opportunities for local news and there are several online media outlets that rely solely on submitted content. Some examples include Yahoo!Voices, CNN iReport (yes, that CNN), Third Report or All Voices. Most allow photos or video as well.

These UGS do not replace the need for a well-written pitch, strategic key messages, and strong relationships with the reporters who cover your industry. But they are something to consider as you create your media relations plans.

What do you think? Have you used UGS?

Abbie Fink is vice president/general manager of HMA Public Relations, a full-service marketing communications firm in Phoenix.  According to her mom, her “busy-body personality” makes PR the perfect career choice for her. You can follow her on Twitter @abbief.