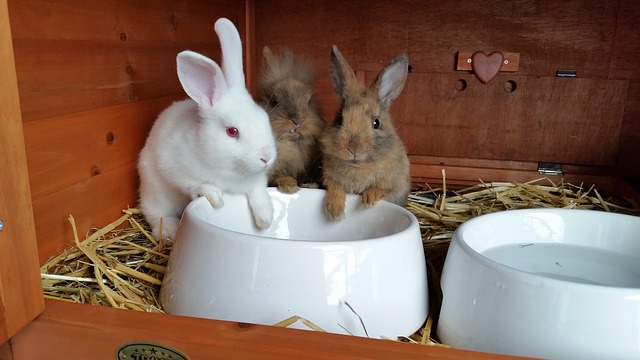 It was a fateful breakfast back in 2009.

A good friend—and USA Today journalist—was in town and invited me to breakfast.

As we sat and caught up on happenings during the year since I’d last seen him, he said to me:

Of course, that was terrible news for him, and we both knew it was the beginning of the end.

Selfishly, it was horrendous news for me.

I mean, I had a serious in at USA Today.

I never, ever abused it, but when we had a client who was a perfect fit for him, you can bet he got a phone call.

Suddenly, with the Global Recession and so many newspapers closing shop, that business relationship went down the tubes.

(We are, of course, still friends and he now works on the dark side as a communicator.)

I think about the relationships we have with journalists a lot, particularly when a client asks for our media list.

I’m fairly certain there is some email software somewhere that subscribes you to 10 lists every time you unsubscribe to one.

It’s annoying and it makes you hate email—even the ones you want to receive.

Let’s say I handed over my media list to a client and they started spamming the relationships I’ve carefully cultivated throughout my career.

And, worse, let’s say they said:

Gini Dietrich gave me your name and suggested I email you about this amazing new product we are launching next week that you would never write about in a million years because it doesn’t fit your beat.

How would that make you feel?

Worse than the baby bunny rabbit emails you get?

I’m willing to bet you wouldn’t like Gini Dietrich very much.

That is precisely why you must not give your media list to anyone.

Protect it with your life.

Not only is it proprietary to you and your organization, it holds the relationships you have with other human beings.

Today, it’s not difficult to build a media list from scratch.

I have no problem with you saying:

Then, they can go to Google, or the outlet’s websites, and figure out who to pitch, without you giving up your relationships.

There are maybe two reasons a client wants your media list.

Which is fine. That happens.

(Even though we all know how that turns out.)

But not at the expense of hurting the relationships you’ve cultivated with journalists.

This very topic has come up several times in the past few weeks in the PR Dream Team.

I was asked by a client this week to share my media list, which I’ve carefully curated throughout the years. I have a feeling she thinks she can save time and money by doing it on her own from here on out, but it makes me really uncomfortable.

This is fairly typical and it won’t be the first time this PR Dream Team member will be asked this.

It is very common when a client thinks they can pitch more effectively than the PR firm can.

And, in some cases, they can.

It all comes down to where you should spend your time and what is the most effective use of that time.

We just had this conversation internally.

What? I’m busy! It gets pushed to the bottom of the list.

Of course I can absolutely pitch myself to big business publications. But does that mean I should?

It might happen faster if I do it—for a whopping two days when I have a few extra hours.

But I know I’ll lose focus once something bigger comes up.

It makes much more sense to have someone working on it consistently for me.

I’m a communicator. I cut my teeth doing media relations. I have friends who write for the big publications.

And I would still have someone help me with media relations.

So what does that say about those who have zero experience in media relations?

You know what happens.

They take your media list and start spamming journalists.

It’s not good for either one of you.

The other reason a client wants your media list is they think, if they help pitch, they’ll get double the coverage.

Or, worse, if they contact the journalists you’ve already contacted and plead their case, they’ll get more interest.

We’re doing PR for a startup and they’ve just officially launched. Despite the fact that we’ve done some killer stuff for them (including getting a TechCrunch story), they are not happy with the results. They want to make lots of money as fast as possible and they think more coverage will do that. They’ve asked us for our media list so they can pitch, too.

Media relations is a human being relationship building game.

If a client asks for your media list, he or she is hoping to shortcut the relationship-building part and go right to the ask.

Of course, that’s never how it works and you have to be valiant in protecting your relationships.

Challenge Yourself Before You Give Away Your Media List

There are certainly going to be times that you feel bad and want to help the client.

Maybe you think it’s not a big deal to give them your media list…at least just this once.

Before you do, I challenge you to ask yourself and then the client:

If someone I didn’t know emailed me about something I’d already said no to or didn’t care about, how would I feel?

If someone I didn’t know emailed me and said a friend had sent them, but it’s clear they didn’t do their homework ahead of time, how would I feel?

Give them a list of the media outlets you’ve pitched or planned to pitch.

But protect the relationships and their contact information with your life.

Now it’s your turn…how do you feel about giving a client your media list?