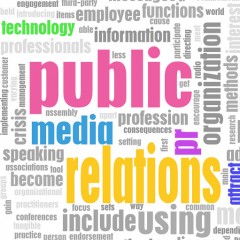 This past Friday, my career as a social media director ended.

And that’s a good thing.

Now, let me backtrack a little to explain.

After spending a few short years as a print reporter in the late 1990s, I started a public relations career that carried me for more than 12 years before the social media revolution.

Working for Intuit, I “grew up” serving as a national spokesperson and media relations contact for the popular TurboTax and Quicken brands.

I learned the craft from a great boss, and developed great relationships with some of America’s leading journalists.

I am – and always will be – a professional communicator. But, after being encouraged by a great leadership team at TurboTax to pursue social media marketing and communications back in 2005, I started to shift my focus.

Our talented team clearly saw where the world of communications was changing, and I embraced it.

Those early days of ramping up social at TurboTax were some of the most exciting of my career.

Despite the clear marketing uses for these new channels, we all identified this was a way public relations pros could actually get to deal with the public. Most of us really practiced media relations. These new networks made it possible for us to provide even more value to our businesses because we could talk right to our customers.

I helped build social at TurboTax, built social media from the ground up at Applebee’s, and then built it again at H&R Block.

These last two stops were particularly important for my career as I moved over from the public relations team, to the marketing team who owned the social channels, worked with some paid media, and had the opportunity to show a return-on-investment around our activities.

As a pro, I had only very limited experience on the marketing side of the house.

Now, four years later, I take that wealth of knowledge and learning back to a wider role in my new gig – which gets me to the point of this post.

Social networks and “social media” are changing rapidly, and it’s no longer about the network. It’s about convergence.

My wacky, brilliant, and ruggedly handsome colleague Aaron Perlut calls this “triangulation” – the use of PR, search, and social to move the needle.

Many also talk about this as the paid, owned, and earned approach.

I dub it convergence.

The time when all of these practices come together and require us, as communicators, to know, use, and maximize our use of all of them.

I step away from the niche “social” role and into a wider communications role, bringing to bear my years of PR, marketing, and communications experience.

The end of the social media director era is upon us.

It’s no longer enough to just be the social guru inside a brand or agency. In addition to social domain experience, you also have to know paid media, public relations, and influencer relations.

Things have come full circle and so has my career.

My point is, this is our time to shine as communicators.

As social media marketing and communications have gained acceptance, and been given healthy budgets, it still comes back to communicating clear and meaningful messages to an audience. The way in which we communicate – the vehicle and the content – have changed, but the core of what we do is the same. This is why I’ve taken a wider and more communications-focused role, and I think you’ll see more and more social-driven pros doing the same thing.

The age of the social network is slowing ending, and so is the era of the narrow and disconnected social leader. Today’s social leader must possess the skills of an old school communications pro coupled with the agile approach of a digital marketer.

That’s good news for those of us who have been preparing for this for a long time.

How are your chops?

Scott Gulbransen is the vice president of global communications & digital marketing at DSI, an enterprise mobility company based in Kansas City. He is also a regular contributor at Forbes.com, Technorati, and EveryOtherThursday.com.

View all posts by Scott Gulbransen