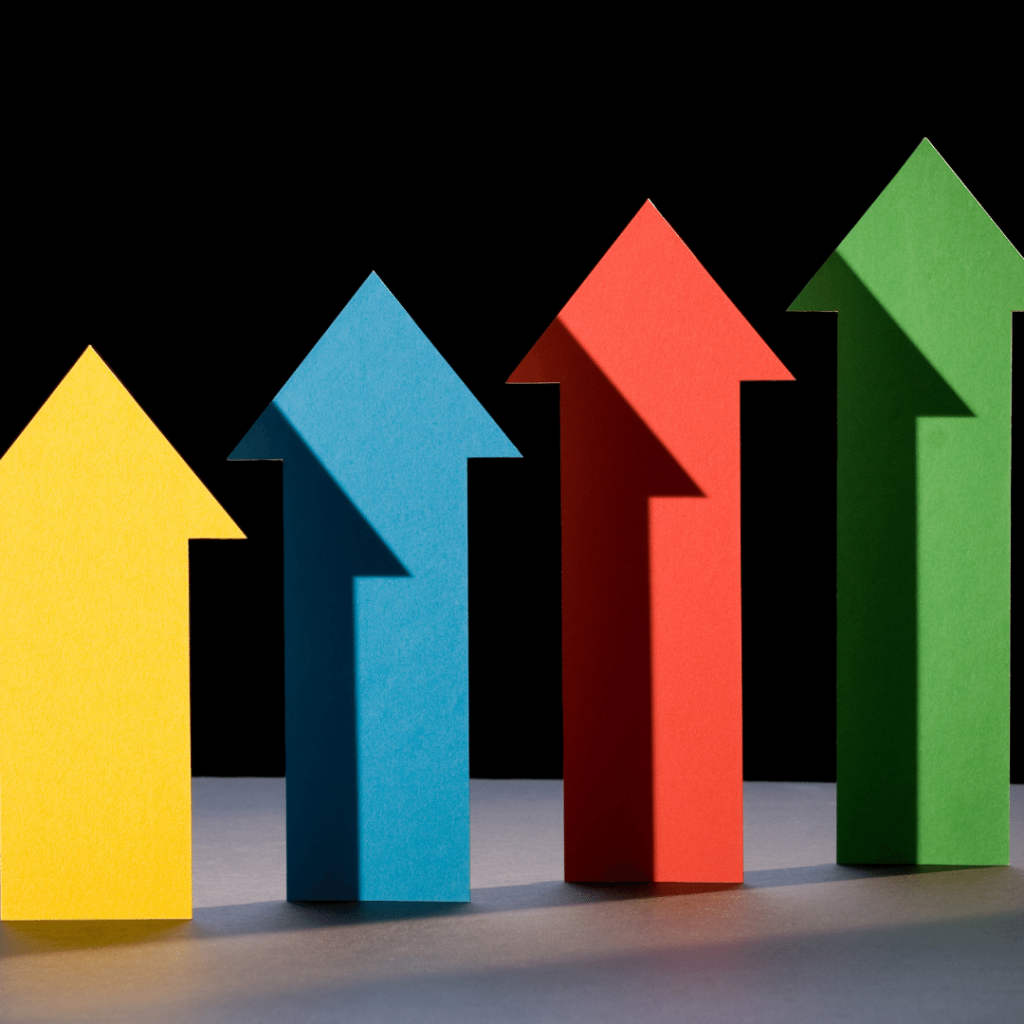 The 2021 JOTW Strategic Comms Survey has just been published, which Ned Lundquist and Frank Strong have worked on for the past four years to analyze what’s going on in the communications industry.

And, like the MuckRack survey we talked about a couple of weeks ago, there are some challenges communicators face, both because of that little pandemic we went through and because of how fast things have changed.

They found that many communicators have far too many priorities (I can attest to that!), that cutting through the noise continues to be a challenge—and so does working with leaders who don’t understand communications.

This year 300 communications professionals took the survey, and they had six contributors who helped shape the question and analyze the results.

I mean, my feelings aren’t hurt that I wasn’t part of it, but I guess covering it here would then be a conflict of interest.

Key Findings from the Survey

Some of the top challenges for communicators are a massive switch from challenges in the past, which were budget and measuring results.

Because of the shift, more than half (54%) think more work will be shipped to outside agencies to relieve the pressure.

Some of the other key findings were:

Let’s go through each of them—and what you might be able to do about them if you find yourself in the same position.

Organizations Value Communications More than Ever

I’m not going to lie: this one makes me ecstatic.

In the wake of a tumultuous year, 80% “agree” or “strongly agree” organizations place a greater value on communications.

More than half (64%) of respondents anticipate their organizations will adopt a hybrid work environment.

We are definitely talking with our clients about these things.

I’ve never had more requests for internal communications than I’ve had in the past three months.

It makes me want to climb to the top of the Sears Tower (which is totally not called that anymore, but it will always be so for me) and yell, “HALLELUJAH!”

The interesting thing we’re finding is that the HR or people teams have their plans and their goals, but they have no idea how to communicate them in a way that builds consensus and keeps engagement high.

If you have a proclivity for internal comms, now is your chance to grab that opportunity and run with it.

Sixty percent of respondents say media relations is harder or much harder compared to last year, while about one-third (35%) say it’s about the same.

The multi-year trend line on this question suggests it’s not getting any easier.

About one in three (29%) say their organization is investing more in media relations, while most (60%) will put about the same investment into this effort.

Part of what we teach in the PESO Model Certification is how to use owned and shared media to both build your brand and attract earned media in a world where it’s incredibly noisy.

Gone are the days of pitching all day long with the intent of having a consistent flow of media coverage.

It’s time to incorporate the other media types to fill the lull and still help you shine like the rockstar that you are.

Sixty-two percent say sponsored content, like posts from the Forbes Communications Council, can be credible some of the time, depending on the source.

Forty-one percent of communicators say their organization has at least dabbled in sponsored content—about the same number (40%) that has “never” purchased a paid piece.

A couple of months ago, Scott Baradell wrote, IMO, a really great article for Spin Sucks about why and how sponsored content helps you with search rankings and to gain attention from journalists who wouldn’t otherwise know you.

In our fragmented media environment—and in a post-truth world where information sources are under constant scrutiny—established media organizations carry enormous weight where it matters most. And it matters most with Google, YouTube, Facebook, Twitter, and Wikipedia—the five most trafficked websites in the world.

We’ve entered a pay-for-play world in many cases—and it’s how you’ll continue to build your brand and cut through the noise.

There’s greater support among communicators for brands to take a stand on social issues versus political issues.

In both cases, another 40% said “sometimes” depending on the issue, context, and relevancy to the organization.

This is one of the most talked about issues I have with the leaders at the client companies we work with.

How do we lead with values? How do we take a stand? How do we keep employee engagement high? How do we do all of this in a genuine and transparent way without getting ourselves into hot water?

This is also a very challenging shift for many business leaders to make, particularly if they are, um, of a certain age.

Even for most of my career, I’ve been told not to talk about certain things through our messaging—politics, religion, and social issues—because it guarantees you’ll piss off half of your customers.

But the world is changing and customers now expect it. And if you make half of them angry, we have to be with losing them because they weren’t our target audience, to begin with.

This is extremely challenging for most, but you can also give them data that shows how the most verbal will actually never leave…they’re just blowing off steam.

Two-thirds (66%) of respondents said their organization has a formal DE&I program in place.

Many of these have been in place for years—just 13% of respondents said their organization created a formal DE&I program in response to the social unrest in 2020.

Which is both good and bad.

It’s great because this is one of the most important things we can tackle as a society and it’s good to hear that a good majority have programs in place.

It’s bad, though, because when I look at the leadership of many organizations, they are still full of old white men…or they have a token woman or a token person of color.

There is still A LOT of work to do and you may think you don’t have sway when it comes to this, but you do.

Just last week, I had a conversation with a client about how to introduce DE&I inside family businesses—and he’s now doing the hard work to begin to make that happen.

We’ve come a long way, but we still have a loooooong way to go.

Make sure that you’re advocating for more diversity in leadership and that young professionals of color have mentorship opportunities, but mostly that, as an organization, you’re moving beyond the first step of diversity.

This means new hires need to feel welcomed and supported. It’s not enough to check the box that the organization has a diverse racial and ethnic group.

They must also be happy and able to do their jobs.

Diversity, alone, is not enough.

Making An Effort to Measure Is Half the Battle

More than half (60%) of respondents say they measure their comms efforts always or often.

Another 30% measure their efforts some of the time, while 10% rarely or never make any effort to measure results.

Although the question was worded differently in prior year surveys, this looks like an improvement.

That could be because it’s required or it could be that communicators are beginning to grasp what measurement means.

I don’t have survey data to back this up, but I’d venture to guess even the 60% who measure their efforts always or often are still not measuring the things that matter to an organization.

This is a constant battle I personally have with clients—what can we measure and what is going to be attributed to brand building? And how much of the budget should be focused on each?

It’s not an easy topic and there isn’t an easy solution, but the fact that we’re working on it as an industry makes my statistics brain happy.

Respondents give both themselves and the industry remarkably good grades on technical skills.

Nearly three-quarters (74%) say the tech skills of comms pros across the industry are somewhere between “good” and “excellent,” however, one in five lack technical chops.

To be honest, I don’t know what this means.

Does this mean 74% of us are great at using computers and social media? Or does it mean we’re proficient in using technology to advance the efficiencies of our jobs?

Because, if it’s the latter, I’d say 74% of respondents are delusional.

Just like the Ragan survey released a couple of weeks ago shows, communications professionals are not even using project management software, let alone marketing automation or a PRM.

And last, but certainly not least, most respondents currently report to either the CEO (21%), CMO (20%), or chief communications officer (22%).

We find similar reporting structures within our client’s organizations, though—just like those in the survey—we would much prefer to be independent of marketing and report to either the CEO or CCO.

It’s challenging enough to do our jobs and focus on all of the things we should—DE&I, values-based marketing, taking a stand, measuring against business goals—without having to do it without direct interaction with the C-suite.

Certainly, a young professional should not report to the C-suite, but they should report to someone who does.

As I said, we’ve come a long way—and we advanced more swiftly than normal in the past 16 months—but we still have a long way to go.

A full copy of the JOTW Strategic Comms Survey is available on Slideshare.

And, if you’re not already hanging out with us in the Spin Sucks Community, get your butt over there!

It’s free, it’s fun, it’s challenging, it’s educational…and you can brainstorm all sorts of things with a team of experienced professionals.