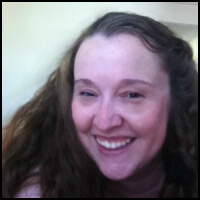 I was recently asked what I considered to be my strongest business skill.

No, I wasn’t interviewing for a job (which was the last time I was asked that question years ago). It was just one of those side conversations.

I didn’t expect it to become important, but sometimes these things linger until you have to explore them further.

I replied glibly with “I translate things well.”

In hindsight? Brevity is not always the soul of wit unless you’re Shakespeare.

To make a long story short (also not my forte) I didn’t mean, “I translate things between English and any other spoken language out there.”

I was trying to cleverly say I have dedicated much of my professional life to translating ideas from one vocation or business silo to another; like geek-speak to marketing, customer service to biz dev, creator to user, PR to blogger, and legalese to R & D.

The presence of jargon indicates you are amongst ‘your people’ when it comes to business. Acronyms are how we shorthand our speech not just so we can speed things up, but also so we can weed people out. If that guy doesn’t know what ROI is, does he know what SaaS is? How about CPMs? SQL? Has he never heard of an NDA?

Must not be from around here…

The more time we spend in one business arena, the more we seem to adopt speech patterns that fit with our discipline. But likewise, even if someone in a different field is in the same company or working on the same project, listening to them can often seem like a babbling mix of real and meaningless words. It gets even more fun when they use an acronym you are sure means something else entirely.

Three ways to avoid jargon so you aren’t working in the proverbial Tower of Babel:

The most useful phrase most of us learn in another language early on is the equivalent of “How do you say?” (See title for reference.) But the most useful skill to remember when you’re speaking to someone who doesn’t speak your language is to keep it basic.

Finding someone who can serve as your translation touchstone will help you to reinforce both of those habits.

No matter which solution you choose, remember your goal is to communicate. Check the jargon and the acronyms at the door. If the other guy’s eyes start to glaze over, you probably started using that polysyllabic vocabulary of yours again. Knock it off.

Lucretia M. Pruitt is CEO  and co-founder of a pre-launch tech startup Hashtagg.it and therefore serves no other useful purpose at the moment. Her former incarnation as a social media gun-for-hire working with both small businesses and Fortune 100 clients. She blogs occasionally at The Social Joint, tweets incessantly as @LucretiaPruitt and often speaks to real, live people on social media integration and strategy and blogger outreach. She was named one of Nielsen’s Power Mom 50 Influential Bloggers in 2009 as @Geekmommy – but that was in the Pleistocene era of the Blogosphere and now she just ignores her ever-growing inbox and reads Spin Sucks to stay in touch.