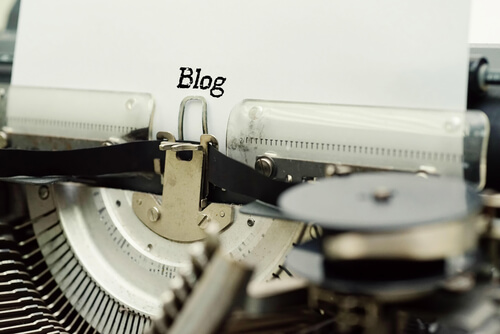 Last week, Chris Brogan wrote a blog post titled, “Blogging Isn’t Dead” and I haven’t been able to get it out of my head (which always means it’s great blog fodder).

I mentioned that I spent last week in Cincinnati speaking to Vistage groups.

As part of that presentation, I always give business leaders a refresher on where the web is today, in terms of how many people participate on social media and how that might affect their efforts.

There are 161 million blogs on the internet today. Of course, I say that with the caveat that they’re not all functioning blogs.

If I were to take one Vistage group and do a quick analysis, I can tell you, of 15 member companies, two or three might have a blog and (typically) only one has updated it in the last month.

This is because blogging is, hands down, one of the most time intense marketing tactics. It’s also one of the best ways to generate qualified leads, but, because it’s so hard to keep up on, people abandon it before they see tangible results.

But it most certainly is not dead.

Two years ago, Copyblogger made a big stink about turning off their comments, in favor of having conversations on other sites.

They claimed the spam comments were too much to keep up with and the real conversations were happening on Facebook and Google+ and Twitter so that’s where they would spend their time.

But it didn’t work as well as they imagined. The experiment lasted a little more than a year and now the comments section is back.

Many other gigantic bloggers followed suit and, from March 2014 through January 2015, you saw a mass exodus away from allowing comments on site.

I even wrote a blog post about why we will never turn off comments.

That said, commenting definitely has slowed. There is a big shift away from commenting on blogs to conversations in private groups.

The private Facebook groups I belong to are crazy engaged.

And, I’ve noticed an interesting trend where people will come here to read, but go back to the social network to comment and have a conversation.

It kind of drives me crazy sometimes. I’ll add a blog post to my personal Facebook page and people go nuts there. The only thing I can attribute it to is my friends, in particular, REALLY like to give me a hard time and I suppose most don’t think that’s appropriate in a blog’s comment section.

But that does not mean blogging is dead. It means commenting has shifted.

Blogging Is Not Dead

Today we have Facebook Instant Articles, LinkedIn Pulse, and Medium.

The social networks are dying for you to shut off your comments and then shut down your blog entirely.

If your community moves to Facebook, for instance, and you keep people engaged there, that is more time spent on that social network, which makes them money.

Even better, if you create content there, they then own it and you no longer have rights to it. But more, they love you even more because now no one ever leaves Facebook.

They have everything they need in one spot.

Same goes for LinkedIn and Twitter and Google+ (even though it’s slowly dying) and Instagram and Snapchat and every other social network.

But, to create content for those sites and not house it on your own website or blog, means you’ve given away your intellectual property, your thoughts, and your credibility to someone else.

You’ve given it away. You won’t be able to nurture relationships and eventually sell to those people. Because the social network now owns them, not you.

The only real way to make money from blogging and show a true return-on-investment is to house the content on your site and rent it to the social networks.

And, if you’re good at the relationship building, you’ll see a return-on-investment that is significantly more than any other marketing tactic you’ll execute (except maybe Facebook advertising, but that requires you to have really good content).

So here we are…back at blogging not being dead.

But blogging most definitely is not dead.