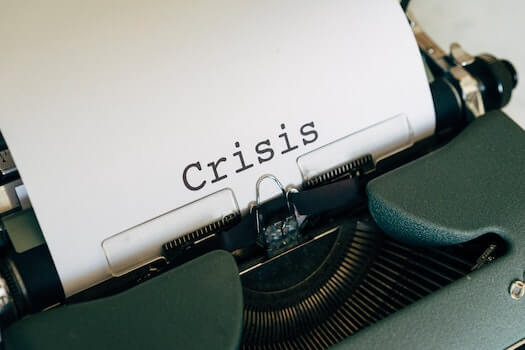 What do the Cinnamon Toast Crunch shrimp tails man, blowback over Dr. Oz guest-hosting Jeopardy, and a little Chicago hometown vaccination scandal have in common?

This is the new age of crisis communications that requires one to consider cancel culture, social media terrorists and trolls alike, and how the organization’s values match—or don’t—that of your employees and customers.

What a week for brands having to deal with some good old-fashioned crises.

Most of you have probably heard about the Cinnamon Toast Crunch saga and people flipping out over Dr. Oz hosting Jeopardy.

But in Chicago, we have a little crisis of our own, where the CEO and COO of one of the hospitals here gave out vaccines to their friends, including one Eric Trump, and friends and upper management at their favorite restaurant.

Turns out, you’re not supposed to do that—and they’ve now lost their jobs over it.

(I’m joking—EVERYONE knows you’re not supposed to do that.)

But what is one to do when you’re caught in the crosshairs of a crisis that has nothing to do with you? What do you do when everyone wants to boycott you? How do you handle it all?

A little more than a week ago, a musician-producer-personality shared images on Twitter of what appear to be some shrimp tails and other disgusting things in a package of Cinnamon Toast Crunch.

When he heard back from General Mills, the company that makes the cereal, they said the apparent seafood bits were more likely globs of cinnamon and sugar or the result of someone tampering with the packaging.

In an attempt to figure out what the heck is going on, General Mills asked him to send the alleged shrimp tails so they could take a look.

He refused, saying he prefers to have an independent lab review them. He then went on to tweet that they went further into the box of cereal and found what they think are rat droppings cooked into the cereal. And then another tweet showing a photo of the bag taped up with clear packing tape.

So is this a cross-contamination issue or a tampering issue? As of this recording, we don’t know yet, but what we do know is that it has kept General Mills very busy. Their CEO has been interviewed multiple times in the last week to express their side of the story.

At the same time that this has been happening, Dr. Oz took over the guest host responsibilities on Jeopardy and the internet went wild. Dr. Oz has faced his own crisis situations in the past because of controversial comments he’s made about pseudoscience and bogus health claims. He has also provided a megaphone to vaccine denialists and to antigay conversion therapy.

All of this adds up to a portrait of a person for whom facts are less important than showmanship—running directly counter to the idea of a show that proudly burnishes its identity as one of the last venues in American life where the truth is paramount.

Because of this and because of Dr. Oz’s polarizing views, he has, In his role as a Jeopardy host, attracted a substantial amount of criticism on social media, an online petition that he be dropped from the show, and opposition from former Jeopardy! players. Some fans are even calling for a boycott of the show.

Hospital Execs Give Vaccine Doses to Their Friends

And then there is the small problem of a hospital that was meant to be at the forefront of closing the vaccination equity gap for Black and Brown communities in the city. The hospital and its chief executives—the CEO and COO—sent early doses of the vaccine to groups with which they have ties.

The COO, who lives at Trump Tower, held a vaccination event there where he vaccinated Eric Trump, who would not have been eligible for the vaccine in Chicago.

As well, vaccination events have been held at a luxury watch and jewelry shop and a suburban church where the CEO frequents, and a high-end restaurant where upper management was given the shot.

It turns out the former hospital executives used the doses on “well-connected” people, “letting them jump the line.”

In Chicago, not even restaurant workers are yet eligible so you can imagine the scandal! The city has now moved to withhold first doses of the vaccine from the hospital while this is all investigated.

No Amount of Crisis Communications Will Help

In just a week, all of this has come to light and it’s been a lot to comprehend. But, as a friend of mine said, “It’s like the holidays for Gini! So many crises! So little time.”

All three of these things are crises—some of them self-inflicted while others are not.

If I were working with all three of these organizations, I’d rank the crises from the hospital as the worst and General Mills as the best (as best as a crisis can be) and Jeopardy right there in the middle.

When you think about what makes a crisis different from an issue—a crisis will cost an organization reputation and money—it’s easy to see the hospital is hurting more than the rest.

They may not come back from this. Certainly, the CEO and COO resigning is a good start, but no amount of crisis communications will save them from themselves.

This Is an Issue that Could Turn Crisis

As for Jeopardy and General Mills, there are some things that can be done.

With Jeopardy, it would have been easier had they not invited Dr. Oz to guest host at all. When a person known for peddling pseudoscience and misinformation becomes the host, that audience naturally will feel disrespected. That is something they should have considered before inviting him on.

Of course, it’s too late to change that, but they can let the audience know that they’re listening and that they’ll never take that trust for granted again. And, as they consider who among their guest hosts should fully take the reigns from the Alex Trebek legacy, it should not be Dr. Oz.

This also isn’t a crisis for them. It’s highly unlikely, if they remove him from the show, that they’ll lose reputation or advertising dollars or sponsors. If they don’t listen to their community, however, this could escalate quickly.

Is It an Issue or a Crisis?

With General Mills, I have a bit of a different take on this than one would expect. I think the guy who started all of this did so because he’s building publicity for something new he’s going to launch. Couple that with the fact that the bags he showed are taped up with packing tape, it’s clear this is not a General Mills issue.

I recognize I might be cynical—and I know he’s already said that’s not what he’s doing—but we’ve also learned he’s not a stand-up guy, particularly when it comes to women.

Only time will tell on that one, but what is one to do if caught in a similar situation? It’s not of your own doing, but clearly, you need to respond.

I personally think General Mills has done everything right. If it ends up being an issue of the bags being tampered with, they’ve already begun the process to figure that out. If it’s a guy trying to get publicity for himself, they’ve already taken a stance.

Not to say it hasn’t been stressful and caused the leadership and comms teams to focus on it 24/7 for the past week, but they’ve taken the right first steps.

Of course, they may end up having to recall the cereal—and that will cost them some money—but it won’t be a devastating loss.

And if it ends up the guy is using them, well…let’s just hope everyone boycotts him.

I’d love to have a conversation about any of this, but especially the Cinnamon Toast Crunch shrimp guy.

If you’re not already in the Spin Sucks Community, join us there and we can toss out all sorts of conspiracy theories.