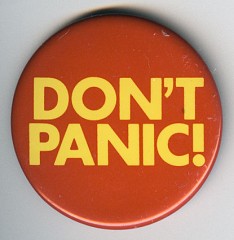 I have some questions for you:

Do you feel your organization is prepared for a communications crisis?

Do you have a crisis communications plan in place?

Does the plan include social media?

When was the last time the plan was reviewed or updated?

Have staff been trained and drilled on the crisis communications plan?

If you answered “no” to any of those questions, it is time to pull out that crisis communications plan and review it.

If you don’t already have one, it’s time to build one.

The likelihood of an organization experiencing some sort of public relations crisis, such as an attack on reputation or an event that disrupts business operations is always there.

Add in social media and the risk goes up.

A crisis communications plan is part of an organization’s risk management plan. During a crisis, an organization will not have time to figure out how to communicate with staff and the public while conveying important information.

Within crisis communications, there are four levels.

For example, a Level one crisis is usually short-lived and has minor affect, such as perceived “drunk” tweeting during the Super Bowl.

In comparison, Level four is considered a catastrophic event (such as the West Virginia chemical spill) and requires immediate action.

It is during a crisis where communications is most essential.

The Building Blocks of a Crisis Communications Plan

So what are the essential building blocks for the foundation of a strong crisis communications plan, one where you can minimize the effect?

People: You need to have a well-trained crisis response team made up of business-critical people. The team shouldn’t be just made-up of executives. You need people who understand the situation at hand. They need to be media trained, and able to speak on behalf of the organization.

Monitoring: An organization has to be listening at all times. Because of the speed of social media and how quickly a crisis could evolve, it’s mandatory monitoring systems be in place. The “golden” hour has been cut in half. There are some solid platforms available for monitoring social channels.

Scenarios: To be fully prepared for a crisis, you need to be aware of all possible scenarios facing your organization. Anticipate scenarios using a SWOT analysis. You need to understand your organization’s strengths and weaknesses, as well as the threats to it. No scenario should be discredited. Any crisis moments are within the realm of possibility, regardless of how far-fetched they really are.

This is a time to be really honest as an organization.

Statements: Having holding statements developed around scenarios will buy you the time you need when a crisis is breaking. Holding statements bridge the gap between when the initial crisis breaks and when you get more concrete information on the situation. Statements should be prepared for all channels, including social media platforms, and be pre-approved by executives and legal before a crisis strikes.

While many public relations professionals will never encounter a crisis, it is important to understand the need for a fully functional crisis communications plan.

Ann Marie van den Hurk, APR, is an award-winning, accredited public relations professional and principal of Mind the Gap Public Relations, LLC. She is the author of Social Media Crisis Communications: Preparing for, Preventing, and Surviving a Public Relations #Fail (Que 2013.) You can email her at [email protected]