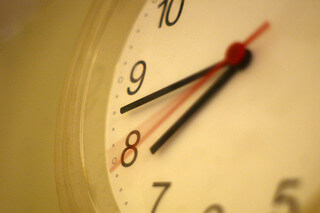 Several months ago, one of my clients had to do the deed of firing a client.

They’re a small company, with a few employees sharing in the responsibilities of managing social media.

I act as the de facto marketing director.

Firing a client is never easy, and is exponentially harder when you’re a small company.

You can’t afford to have one patron gobbling up a majority of the resources and causing complaints from the other patrons.

Success or failure was going to happen fast, because the fired client had mobilized his team on social media already.

I estimated we had 30 minutes to create a crisis plan.

Here’s how it went:

Five minutes: Understand what had already happened. We let the client go. He had already taken to Twitter. He had also posted to Yelp.

Two minutes: Identify and gather contact information of our biggest fans who loved us and had already had great experiences.

Three minutes: Contact our biggest fans and let them know that if they saw anything on social that didn’t match with their experience, that we would appreciate them sharing their positive experience.

Five minutes: Develop a brief, consistent, non-inflammatory message, that our employees could refer to in case they received any phone calls from the media or anyone else. As this was a private matter, we didn’t post it to the website or anywhere on social media.

Five minutes: Last but not least, we decided which parts of the message our employees would use online, and how often we would respond to our former client’s rants.

Of course, you will need to spend time monitoring the situation, responding if more complaints come in, and whatever else, but you can be ready in just 30 minutes.

We would have liked to have more time to create the crisis plan, but this is what we thought we had and it worked.

Thankfully, there wasn’t much discussion about what to say and how to say it.

Disagreement on word choice and commas takes precious time away from the key issue: Damage control.

A Crisis Plan Doesn’t Have to Take Forever

While I hope nobody ever has this situation happen to their business, you should still create a crisis plan for your business.

Do a monthly inventory of all social media properties, your potential review sites, and places people can comment on your business.

At a minimum, do they all have the correct contact information so someone can report a problem directly to you instead of leaving you a nasty review?

Create a contact list of your biggest fans in your customer relationship management software, or put it in a spreadsheet everyone can see. Include phone numbers, emails, and social media account information.

Set up a Mention alert and a Talkwalker alert for all mentions of your business name, Twitter handle, and all of your key employees’ names and Twitter handles.

Set up a column on HootSuite or TweetDeck.

Include any common misspellings.

Have someone monitor and click the links in the alerts emails to make sure there’s nothing you need to address.

One hour during your business day is a long time to respond on Twitter.

One day is not so long to respond on Yelp.

Prioritize your communications based on expected response-times.

Prepare a crisis plan now—before your 30 minutes of make or break is in front of you—and your business can avoid being burned to the ground by one disgruntled ex-customer.

Phil Gerbyshak works with organizations to increase engagement by leveraging social media to create and deepen relationships. It’s not about the tools; it’s about the conversations. Phil has been featured multiple times on WTMJ TV in Milwaukee and profiled in USA Today, the Financial Times, and The Wall Street Journal. You can learn more from Phil at his website http://PhilGerbyshak.com where he is giving you a free LinkedIn Secrets ebook, just for signing up for his newsletter.

View all posts by Phil Gerbyshak