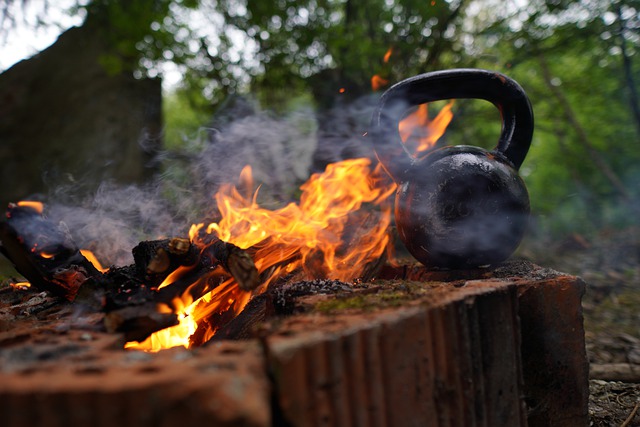 If you know anything about CrossFit, you know it’s well known for it’s rabid, almost cult-like fans and community members.

Participants whose identity and community revolve around their CrossFit box and “family”.

In fact, many argue the CrossFit popularity is because of the community atmosphere it has fostered. Places where people go to not just workout, but to belong.

This is why after the murder of George Floyd, the actions of the CrossFit CEO, Greg Glassman, rapidly and viciously tore the brand apart.

CrossFit was one of the few major brands that remained completely silent after George Floyd was brutally murdered at the hands of white police officers.

They said nothing, made no official statement, and ignored the issue on their social channels.

This lack of action alone outraged many, especially considering the focus on inclusion and community that are hallmarks of the brand.

When questioned about it, the following is an example of the type of email received from Crossfit CEO Greg Glassman:

Not exactly the type of message you want the CEO of a very public and well-known brand to write, let alone send.

A brand, lest I remind you, with tens of thousands of affiliate gyms that pay to be affiliated with them, huge sponsors, and big-named athletes.

But Then It Got Worse

Sadly, I’m sure the CrossFit communications team soon longed for the days of silence and nasty emails.

First came this tweet from the Crossfit CEO comparing George Floyd to the coronavirus: 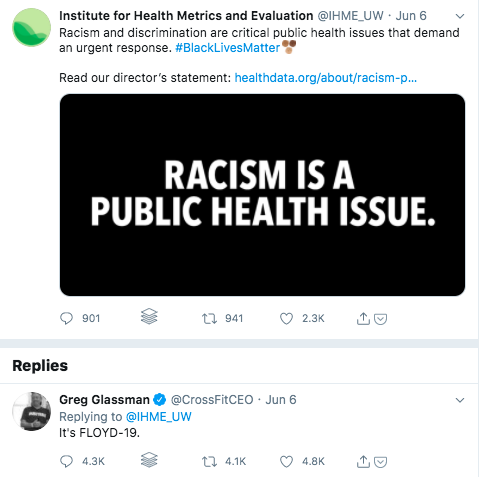 Then a recording was leaked to Buzzfeed of him responding to gym owner’s questions on a private Zoom call around why the brand had remained silent.

He made many very controversial statements, including things such as:

“We’re not mourning for George Floyd — I don’t think me or any of my staff are.”

“Can you tell me why I should mourn for him? Other than that it’s the white thing to do — other than that, give me another reason,”

High-profile CrossFit athletes posted Glassman’s emails and tweets and disassociated themselves with the brand.

Thousands of CrossFit gym owners have threatened to eliminate their affiliation and put together a list of demands required of CrossFit headquarters if they are to stay.

Reebok, who has had a partnership with CrossFit since 2011, sponsored the CrossFit Games, and has co-branded apparel, canceled negotiations to renew its contract.

Rogue Fitness, who makes workout equipment and has many arrangements for equipment with CrossFit boxes, strongly condemned the company is reconsidering partnership.

To give context to this, it’s like Steph Curry saying he will no longer play in NBA games.

And CrossFit posted an article on their site in response to why they said nothing.

“It is rare for us to speak on these types of issues. We struggled the past few weeks because we allowed our desire to get it right to paralyze us. Tackling social justice issues of this magnitude is not our strength as a company, because our varied points of view sometimes devolve into dysfunction. But we can agree on two things: We are a team dedicated to fitness and health. This team is anti-racist. Therefore, we are committed to scrutinizing ourselves internally, continuing to listen to the community, and taking actions in support of change.”

I encourage you to read the full article.

It’s one that anyone who works in communications can quickly dissect as poor.

To name a few.

And so, as the playbook normally goes with these things, Greg Glassman finally stepped down on June 8th.

But the damage has been done and most are not pleased with this symbolic gesture.

Not to mention, because Glassman is the owner of the CrossFit, he will still be paid handsomely for the brand.

This very public incident has also served to showcase a history of diversity and inclusion issues faced by the brand, such as:

Among numerous other issues, including silence when specifically asked about race issues.

Vox has a good rundown of many HERE.

Of important note, and part of the current struggle: many of these scenarios revolved around NEW CrossFit CEO Dave Castro.

What Communicators Can Learn from Glassman

Well…where do we begin, right?

How does one control a CEO who owns a brand and has no board oversight?

That’s a bit much for a communications team to handle on their own.

Not to mention, none of us are in the CrossFit meetings.

We don’t know conversations or pushback that occurred prior to communication going out (or lack thereof) during this entire fiasco.

It’s not our place to cast stones on a situation that remains a bit unknown.

But we can use this situation as a caution light for each of our own circumstances to prepare our brands:

We live in a world where brands are held accountable. As communicators, we must be prepared to answer.