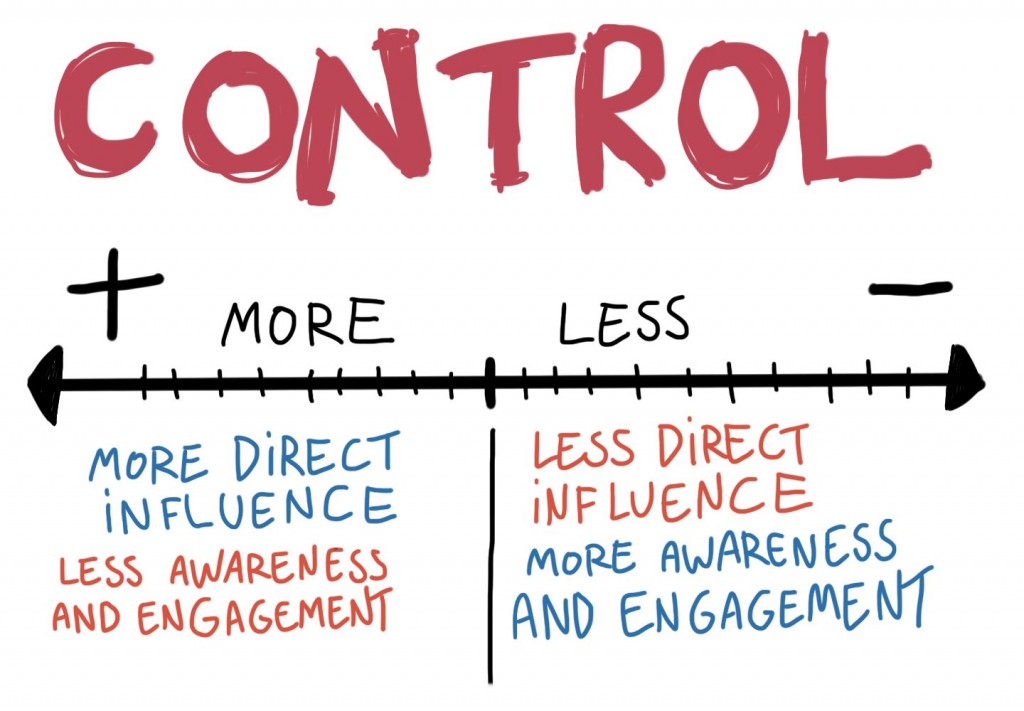 Steve McKee, the founder of McKee Wallwork Cleveland, BusinessWeek columnist, and author of “When Growth Stalls” and “Power Branding,” says your customers—not you—control your company’s brand.

Think about that for a second.

In the past, companies spent millions of dollars and multiple years on fancy advertising and huge global PR campaigns to tell their customers and prospective customers what they want them to think about the brand.

If someone was happy, they wouldn’t tell anyone.

If they were unhappy, they’d tell five to 10 people, and maybe  write a nasty letter to the CEO – a letter that almost always went unanswered.

In fact, Content, Trust, and the Power of Influence, the blog post Andy Crestodina wrote last week, talks about negative word-of-mouth…or the phenomenon that if an influencer is unhappy with you, he or she may buy again from you, but their followers never will.

Now, with the speed of the web and the immediacy of social media, customers tell not just a handful of people, but thousands if they’re happy or unhappy about doing business with you.

Let’s Start with the Good

Let’s say you have a retail location and one of your brand loyalists, “checks in” on Facebook Places or Foursquare (both location-based tools that link to a person’s online network of family and friends). That person’s 500 friends see them check in and, having never heard of you, wonder why their friend is there, and probably ask about your store.

No Brick and Mortar?

But what if your your organization doesn’t have a retail location? What if you build your business through word-of-mouth and referrals, and not from foot traffic or in-store sales?

It’s a little more difficult to use the social networks to build awareness in this case, because people can’t ‘check in’ when they visit.

Customers can, however, tell their friends and family about you through the same social networks…and you can encourage it.

Perhaps you’re at a trade show and you want people to tweet about the new product they just saw in your booth. Encourage them to tweet about it, using your Twitter handle or a hashtag that defines your business.

It’s very valuable when customers or clients tell your story for you.

They sing your praises, they become your advocates, and they even stick up for you when you make a mistake.

In early 2009, Skittles took a risk and prominently displayed its social networks on the home page.

Today that seems like no big deal, but at the time it was very innovative and interesting. After all, they were pretty much handing the keys to their home page over to customers, allowing them to say whatever they wanted.

The first day they had so many hits to their home page it took down Twitter and its servers. And then, just two days after its launch, the marketing team had to rethink its strategy when users deluged the site with inane and profanity-riddled tweets. It became a game, in fact, to see how ridiculous a user could be with their social posts, and still end up on the Skittles home page.

It was risky and it failed, succeeding only in educating the world the importance of controlling brand images.

Today, the Skittles site still prominently displays their social networks and provides updates on what is being said about the brand online, but it does so in a way that supports the brand positioning.

Your Customers Control Your Brand

While you can help motivate your customers to talk about you in a good way, ultimately they are the ones who control the message.

Your canned messages are no longer enough.

Yes, the things you, your executive team, your sales team, and your employees are saying about the brand should be consistent.

But you also have to be open to listening to how your customers describe your organization, your products, or your services.

If they perceive it differently than you do, it’s time to rethink your messaging and your brand positioning.

A highly modified version of this first ran in my bi-weekly Inc. column.