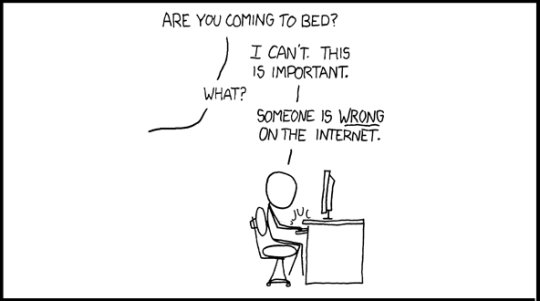 Last week, I mentioned that I’ve done more crisis communications work in the past six months than I have in probably the last two years combined.

It turns out that a crisis for pretty much every organization is not “if” but “when.”

To boot, we have keyboard warriors who sit behind their computer screens and play armchair quarterback without a single ounce of understanding as to what’s really happening.

Woo-wee! I’ve seen some doozies and it’s really challenging to not respond with, “I’ll tell you what—you sit in the (virtual) war room for half a day and see if you make it. If you do, then you can comment on all of this.”

Of course I can’t say that—and it wouldn’t work if I did. It’s really more about proving someone on the internet is wrong than actually being responsible.

But it sure would be nice to sit behind MY computer screen and prove them all wrong.

As we think about the “when” this happens to us scenario, it’s important to understand the difference between an issue and a crisis.

If it’s just an issue, you probably can deal with it in the eye of the storm (though not really recommended).

So what is the difference?

An Issue vs. a Crisis

You want to refer back to this list often.

In fact, I’d go ahead and jot it down on a post-it note.

Stick it to your computer, where you can see it every day.

That way, when you’re in the thick of things, you’ll know where you stand—and if you need to quickly bring in professional help.

Most of us face issues every day…they are things that can be avoided and can be managed fairly efficiently and easily.

When they escalate into crises, though, is when we let the events get the better of us.

When an issue becomes a crisis, one of two things can happen:

Here are six things to include in your crisis communications planning:

While a crisis communications plan won’t be able to account for everything that could happen, the process of planning will.

Defining how you will respond, and who will be involved in which activities, goes a long way to helping you keep a cool head and react thoughtfully when the unexpected arises.