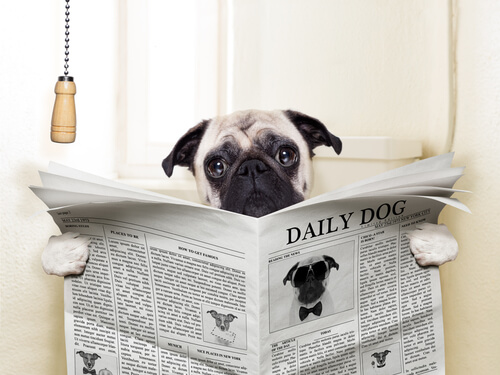 I was recently at a social gathering when someone asked, “Do many girls play video games?”

I boldly stated that, of course, women did, and that—whether they realized it or not—most people with smartphones were playing video games of some kind. One woman rebutted that, despite having a smartphone, she did not have any games on it.

But what do you do while you poop!?

I shouted incredulously into a confused crowd of nearby party-goers.

The conversation’s popularity shouldn’t have surprised me seeing as nearly 25 percent of the world’s population owns a smartphone.

Still, many of my fellow party-goers wanted to chime in about how they used their bathroom breaks to frequent articles that were too long to read politely in public.

One person even added:

If I come across a really interesting article, I’ll open it in my browser, and save it for my bathroom breaks.

As it turns out, this practice of web browsing during bathroom breaks is fairly common; in fact CBS News reported that about 75 percent of Americans admitted to using their phone while in the bathroom.

Writers may already be aware that 20-30 percent of all web traffic comes from mobile devices, but it’s hard to know how much time their audience is actually taking read the content.

Well, according the the SCD Lifestyle article titled “Pooping 101: 4 Signs Your Poop is Healthy” a “healthy poop” is around six minutes, give or take. That means an article needs to really be engaging readers to avoid getting flushed.

This begs the question: How do I avoid having my content flushed during those bathroom breaks?

Bathroom Breaks Are An Out-of-Body Experience

Alone time in the bathroom is sacred, and people want to enjoy it with content that is worthwhile.

For some people, the six minutes of bathroom time might very well be the only few minutes they get out of the day where they can enjoy some peace and quiet (varying results on the “quiet” part).

Respect that they are choosing to spend that time listening to you talk.

It’s your responsibility as a writer to create content that’s worth the reader’s time.

There is a payoff, though. If you consistently produce worthwhile content and respect the reader’s time, you may become the go-to bathroom breaks material.

Byron Gould is a Creative Writing Major in Idaho, transplanted from Vermont. He spends a lot of time working on his dumb podcast and a variety of scattered poetry pieces.

View all posts by Bryon Gould