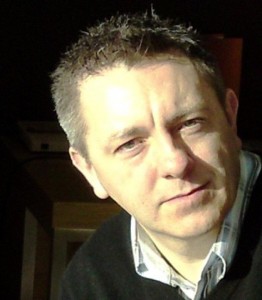 Every single interaction with the public is an opportunity for you to espouse your brand’s voice and values.

If social media has done anything it has been to break down the barriers between customers and the businesses from which they buy.

Oh, and it’s also made it easy for bored married people to pretend to be young, single, and attractive while flirting with someone thousands of miles away.

But that’s another story.

As recently as only 10 years ago if a customer had a problem with their electricity supplier they might write them a letter.

Or maybe call them and risk spending far longer than they’d like listening to hold music, before finally speaking to a customer service representative who wasn’t actually empowered to do anything to help.

Today, the customer has the power – piss them off at your peril.

Before you can say “who turned the lights off” they’ve turned to Twitter or fired up Facebook and – let’s get ready to grumble – taken your company’s good name in vain.

It’s enough to send many brands into a complete spin and I’ve seen it countless times. Adults in senior positions in major corporations, when confronted with negative attention, turn into eight year olds. Some become bullies, wanting to silence critics, shut down websites, threaten legal action, and so on. Others turn into that kid (we all knew one) who breaks a window playing ball and then runs like the wind… hide, hide, don’t get found out.

At best you’ve upset and alienated the individual who was the source of the grumbles. At worst you’ve also alienated their other online communities.

What was a golden opportunity to show someone your brand listens, understands, and cares, rapidly becomes tarnished, if not outright smelly (tempted as I am at this juncture to deploy the saying that involves things hitting a fan, we’ll just call it a crisis, as I’m reliably informed Spin Sucks is a family show).

Before going in all-guns-blazing on a grumble, think about this: Someone is talking to you. People are watching you. That’s the kind of scenario your well-spent marketing budget seeks to create. And it’s fallen into your lap. Brilliant.

Sometimes, I complain about stuff on Twitter and Facebook just to see what happens next. How will the brand respond? What language will they use, what will their tone of voice be like. It can be quite revealing.

Some overreact. Some are way too formal. Some attempt a jokey tone of voice that isn’t always appropriate.

If you want to underline that your brand values are not some piece of marketing fluff or PR spin, now’s your chance. If you want to show people that when they spend money with you they get your respect, this is your moment.

Don’t panic. Don’t react. Be yourself. Consider carefully the most appropriate course of action and speak to people the way they would expect your brand to speak to them.

If you’re an extreme sports brand, talking to customers as though you are a suited-and-booted lawyer will alienate people. The reverse is true too – no big shot law firm should adopt a “s’up dude” tone of voice. If you blow it, if you become too stuffy and officious, or too lax and informal, you can fall into a perception gap. And that, for your brand, could bring about a serious crisis in customer confidence.

People became customers of yours for a reason. At some brief moment in time they trusted in you enough to hand over their (probably) hard-earned money. Just because they come at you with gripes and grizzles doesn’t mean you need to give them any reason to regret that decision to trust you.

Crisis? Or opportunity? The choice is yours.

Sean Fleming is head of digital at London-based Nexus Communications. A former journalist and PR consultant, he is currently focusing on the way digital communications can be used to help businesses overcome crisis scenarios and generally communicate more effectively. He also collects guitars the way some people collect pairs of shoes.