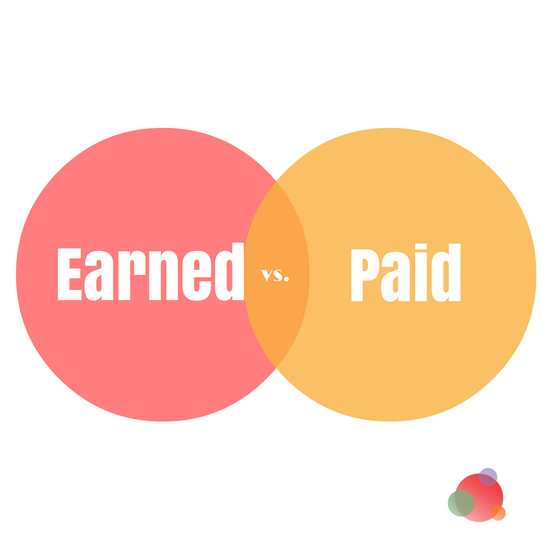 It’s a common misconception that there’s no such thing as “free media.”

True, the world of PR is evolving—more and more companies now pay for sponsored content, and publications mix both advertorials and editorials across the same spreads.

Newsrooms struggle to survive through their traditional print schedules and are cutting back on staff.

Earned Media: When a Picture’s Worth a Thousand Words

The cultural landscape of 2016 required a new kind of marketing campaign—one that’s firmly rooted in PR.

In reference to the pollution obscuring the surrounding view, one sign said, “Driving by yourself? This is why you can never see the volcanoes.”

The innovative stunt garnered the brand tons of earned media.

Other brands leverage the power of social media.

PetSmart, for instance, generated buzz via a branded hashtag and Halloween photo contest.

For a chance to win a $1,000 prize, shoppers shared a snapshot of their costumed pet and tagged it with #MonsterCute.

The campaign received nearly 10,000 submissions and it allowed the pet supply chain to connect with shoppers on a deeper level.

It helped create a sense of community around the brand, while building awareness about what consumers could find in the stores.

It also motivated pet lovers to stop by and purchase those same costumes—not to mention pick up a few other pet essentials in the process.

NYX Cosmetics did something similar with its #31DaysofHalloween series.

The beauty brand encouraged shoppers to share selfies of how they used NYX products to put the finishing touches on their Halloween costumes.

It then selected the best of the best and featured the photos on its website.

Like PetSmart’s #MonsterCute campaign, the #31DaysofHalloween series built awareness for the cosmetics brand.

It also bolstered a sense of community and incentivized people to follow the company on social channels.

In the process it helped create a new audience for its products.

Putting it All Together

Earned media, or traditional media relations, can be a powerful tool in building your brand.

You can boost exposure, social media mentions, and far-reaching reviews—and do it without dipping too deep into your marketing budget.

In fact, those shares and mentions can go on working for you without costing a penny.

Because of earned media’s credibility, its effect grows at a higher rate.

It can even breed more earned media through organic growth.

Add the right social media influencers to your marketing mix and you will reach tens of thousands of people who wouldn’t otherwise consider your brand.

By engaging influencers, brands are able to break through the clutter online and drive awareness and purchase intent.

One of the key reasons behind the shift to influencers is consumers are tuning out traditional display ads.

Most Trusted Form of Advertising

Now more than ever, consumers turn to their networks to share reviews and recommendations, which is the most trusted form of advertisement.

With so much noise bombarding the average consumer, earned media is one more way of surviving the quality filter.

Your target audience is more likely to pay attention and award you the kudos you covet.

And you don’t have to marry one strategy or the other.

If you have the budget and resources, a paid media strategy is great for guaranteeing a sea of eyes will see your ideas.

There’s nothing wrong with paid pieces, but they need to be balanced with organic content that shows you off as a credible, authentic source.

The best strategy will combine reach and noise with credibility and creativity.

Earned media sets you up to start reaching your potential brand advocates authentically and without cutting much into your budget.

So whichever direction you choose, bring a little timeless PR to your brand.

Ann Newland is Senior Vice President at Mitchell, an award-winning public relations firm headquartered in Fayetteville, Arkansas. Mitchell is part of the Dentsu Aegis Network and has more than 300 offices in 110 countries.

View all posts by Ann Newland