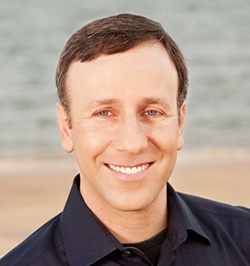 Adam Toporek is the owner of IntenseFence Management Solutions and blogs about small business and franchising.

The past decade has seen some great public relations campaigns, particularly in the for-profit realm.

Doritos knocked it out of the park when it “crashed” the Super Bowl, Tourism Queensland put its island on the map when it created The Best Job in the World, and Old Spice reignited its stodgy brand by convincing women that buying their grandfather’s deodorant will give their husbands six-pack abs. (Testimonial from my wife: “Old Spice is full of crap.”)

To me, however, the Domino’s turnaround is the most brilliant PR campaign in recent memory.

In the midst of a recession, in a hyper-competitive and mature industry, Domino’s completely realigned the perception of its product and its brand while generating measurable financial results for its stakeholders. And it did so through an innovative marketing campaign that seamlessly integrated traditional advertising, social media, and public relations.

In the end, it is fitting to tell the story of the Domino’s turnaround on Spin Sucks, because the most important element of the campaign’s success was simple: It told the truth about the old product, and the new.

Domino’s took a long time developing its new pizza because it knew it would be risking the future of the company on its quality. No matter how authentic Domino’s story, no matter how creative its marketing campaign, it would have all fallen flat had the new product not lived up to the hype.

The Domino’s turnaround is one of the great marketing and PR stories of our time. It was unique, widespread, and told a story that resonated with consumers. Most importantly, it achieved measurable business results for the company.

While some parts of the campaign can never be replicated, other parts provide valuable lessons on the proper way PR can function as a vital component of a comprehensive marketing campaign.

Adam Toporek is the owner of IntenseFence Management Solutions and blogs about small business and franchising. He is from the South and understands that he is grossly underqualified to discuss pizza with a bunch of folks from Chicago.