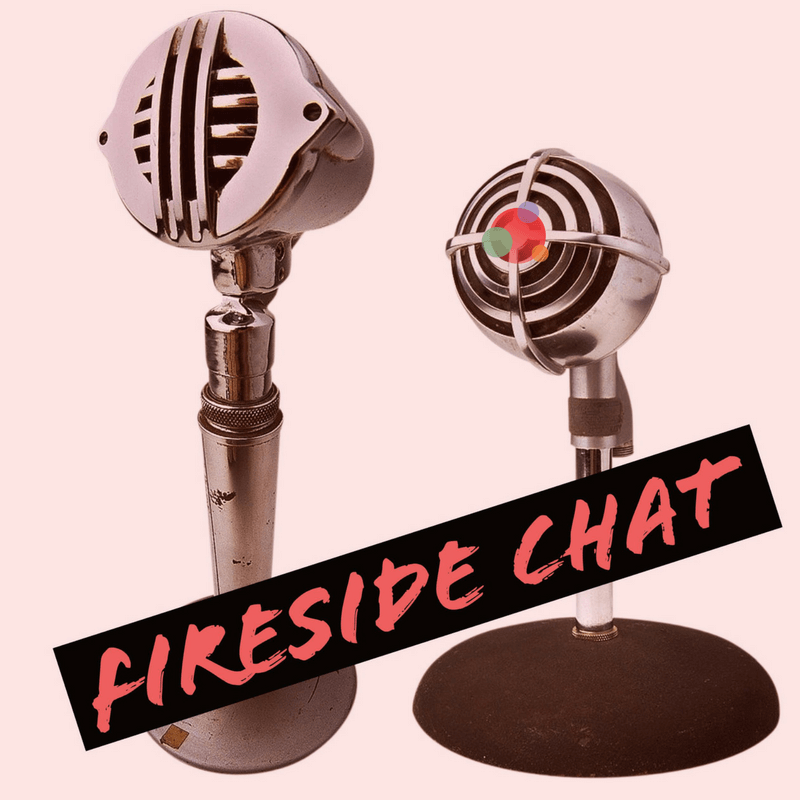 Last month I promised you a surprise guest for the November Fireside Chat.

It’s more than one guest this month!

I thought it would be fun to share the Spin Sucks team with you.

Though I’ve been working with most of them for years, I was surprised—and learned a couple of things—about each of them.

We talked about our jobs together, thankfulness, lessons learned, and what we have in store for you in 2018.

The Fireside Chat: The Spin Sucks Team on Thankfulness

Here is an outline of our discussions.

I asked each of them the same three questions:

And then I customized the fourth question to each of them.

Allow me to introduce Laura Petrolino.

Laura and I met on the Twitters a long, long time ago.

In fact, I remember a time she came to Chicago and did not call me.

I was just scrolling through my social media and saw a photo of her in front of the Tribune towers.

I’ve clearly never gotten over it.

But I was able to get over it enough to hire her four years ago and my life has never been the same.

She is my colleague, my confidant, my friend, my savior, my lifeline, and my stand-up audience of one.

It is my absolute pleasure to share her with you.

Next is Mike Connell—the man we lovingly refer to as our token male.

Our former token male is so upset by this, he emailed me just last week to say he’s never replaced me so he’s heartbroken to see he’s been replaced by Mike. I

n fact, when we were looking for his replacement, it was for a more junior level position.

But Mike completely blew us away—both with his knowledge about Spin Sucks and his ideas for improvement.

One colleague said, “Man, he could totally do MY job.”

That’s when we knew he was a shoo-in.

Though he has a tendency to Kermit flail when under pressure, he’s hands down one of the brightest minds I’ve ever had the pleasure to work with.

If you need ideas that are smart, fun, and strategic, Mike is your guy.

But you can’t have him. He’s mine.

Liz and I also met on the Twitters, but she’s one of my few Twitter friends who became an IRL friend almost immediately.

My favorite memory of Liz is visiting her hometown for a speaking engagement a few years ago.

Her younger daughter had a role in Les Mis and she took me to see it.

Now, I’m an introvert and I was traveling.

I was on day three of speaking and had one more to go.

The LAST thing I wanted to do was spend an evening talking to people—and staying awake past my bedtime.

But I crawled out of my shell and I went.

And it is one of my favorite all-time memories.

Not only did her daughter shine—she excelled.

I was completely blown away at her talent, her maturity, and her craft.

Because of her work in the theater world, we knew Liz’s experience would be incredibly helpful for product development for Spin Sucks.

Next is Dawn Buford.

Dawn and I met because she was doing part-time administrative work and needed another part-time gig.

Well, that lasted all of three months when we realized we couldn’t live without the other.

In the two years she’s been with us, she has become more than my assistant.

She works directly with clients on content marketing and media relations.

Accountability comes directly from her.

And she creates custom emojis for our Slack community.

I’ll tell you a quick story about Dawn.

A few months ago, we were talking about the vision of Spin Sucks and I asked her what role she saw herself in in 10 years.

What do you mean you’ll be retired? You’re going to leave me?

That’s how valuable she is—both as a colleague and a friend.

It never occurred to me she won’t always be here.

And last is Corina Manea.

Corina and I also met on the Twitters and then she started showing up in the comments at Spin Sucks.

For a good two years, she kept popping up.

Finally we decided we had to hire her, if only to shut her up (that didn’t work).

Fast forward to today and she has become a staple among the Spin Sucks community.

She is living proof that you truly can hire anyone, no matter where they are in the world.

Though I appreciate that she works east coast hours from Spain, I do wonder when she sleeps.

My Favorite Parts of the Conversations

Selfishly, my most favorite part of every conversation was that everyone brought up what we have in store for you in 2018…without any prompting.

As a leader, you often wonder what kind of job you’re doing and if people see things the same way you do.

Each of these conversations validates that I am clear about our vision—and everyone is stoked to achieve it.

I’m am thankful this holiday season to share my team with you.

Enjoy the conversation…and let us know what you think!

(If you can’t view the video below, click here and you’ll be magically transported to YouTube to watch it.)

Next month is another surprise.

We’re working on getting some big-time authors and schedules are nuts.

So that’s forthcoming and may very well begin in December.

If we can’t make it happen by then, we will do something fun for the holidays and year-end.

And, if you have someone you’d love to see featured here, let me know!