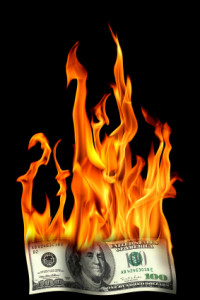 That much-maligned rite of passage for anyone hoping to make their way in the communications world.

It’s a bit like that inevitable bin-dunking you get on your first day of junior school (just me, then?) or learning to drive: Painful and a bit degrading at the same time.

But hopefully you emerge from the whole sorry mess a better, more enlightened person (or, alternatively, a snivelling shadow of your former self).

Those bewildering weeks spent shackled to the photocopier, the tea-making, the media-list compiling, the general skivvying – and without being paid – that’s all a massive favor, isn’t it?

No, not on the intern’s part, silly! It’s an act of kindness from PR agencies, giving career-thirsty twentysomethings extremely valuable lessons in the workings of the illustrious communications industry (and hot beverage-making too, of course).

If anything, these interns should be paying PR agencies for such an enlightening induction into public relations, right?

Unpaid Interns Can’t Do it All

Here are five things you can’t expect from an unpaid intern.

So hopefully I’ve hammered home my point here. Not paying your interns is tempting, for sure, but it’ll ultimately damage your business and prevent you from finding those hidden gems who could prove to be your best next hire.

What are your thoughts? Are you pro or con paid internships?

View all posts by Hannah Stacey