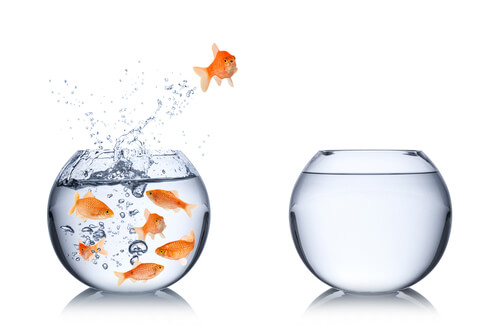 I was just taking a gander through my SmartBrief newsletters and came upon The Five Necessary Traits of Future Leaders.

Totally something up my alley, I clicked over to Webber Kerr (an executive search firm) to see what they are predicting for the future.

In it, the author describes the five following traits:

Of course, I began to think about these five traits, from the perspective of the PR industry and what it means if we (the collective we) don’t evolve.

But first, let me tell you a story.

Last week, we hosted Robert Phillips, the author of Trust Me, PR is Dead, on our author Q&A.

It was one of my personal favorite Q&As this year because he, like me, is adamant the industry must change.

So much so, in fact, that he quit his CEO of Europe, the Middle East, and Africa at Edelman because he wasn’t seeing evolution as quickly as he wanted.

At the start of the book, he tells the story of being in Chicago (where Edelman is headquartered) to meet with the executive team and Richard Edelman.

As he tells this story, I envision them walking down State Street, crossing the river, after dinner. They are so involved in their conversation, they stop near a park bench to give one another their full and undivided attention.

Robert tells Richard that the industry—and Edelman—need to evolve.

Richard agrees, but says something that makes Robert realize it’s time for him to leave the company: He says it would take six years and an unwittingly expense to evolve the agency and he just wasn’t willing to do that right then. And, of course, clients weren’t forcing the change, so why do it?

We are beholden to a profit and loss statement. Cash is king. You can’t make payroll if you don’t have paying clients.

I get all of that.

But sometimes the risk outweighs the reward and it sets you up for future growth rather than falling headfirst off a cliff.

Let’s go back to the five traits Webber Kerr outlined.

It’s not a small undertaking. Many of the PR industry services have been around for 50 years or more. It really is akin to changing the direction of the Titanic.

But we are here. The future is now. If you want to be a future PR leader or lead your organization into 2020 and beyond, these are the five traits you must embrace now.