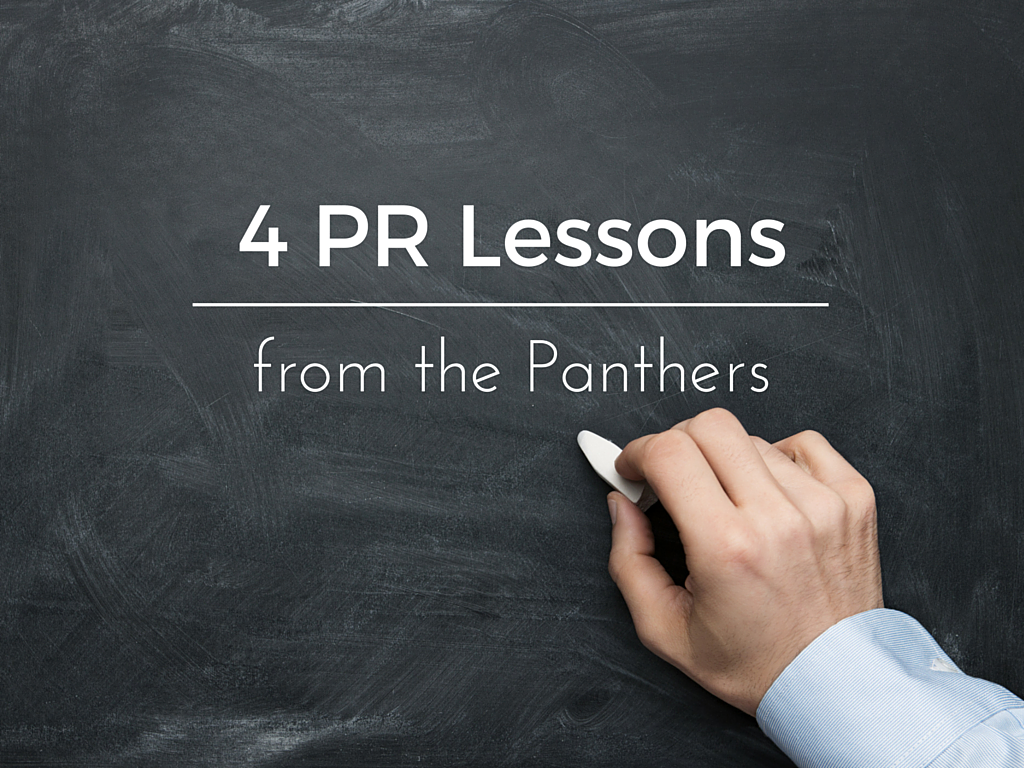 A dream season ended as the final seconds ticked away for the Carolina Panthers.

Defeated, Cam Newton marched over and greeted Peyton Manning through a flurry of confetti and cameras.

The two quarterbacks shared a handshake and a smile in a perfect display of sportsmanship.

It wasn’t the field performance. The interception. The fumble. The loss.

It was his seemingly poor attitude.

After a tough game, the star player sat dejected in his seat during the media interviews.

Suddenly, Newton ended his news conference and walked out after a few terse answers with reporters.

As he disappeared from view, the character assault began.

Journalists, former players, and fans lined up to criticize how Newton handled the experience.

The next 24 hours were spent trying to downplay the event and ultimately revealed a few PR lessons on how to handle a firestorm of criticism.

On the scale of one-to-scandal, this is relatively low.

I’m not advocating doubling down on illegal activity or mass public deception.

However, the talking points on display from the game aftermath are great weapons to have in your media relation arsenal.

These PR lessons: Own the narrative, rely on relevant legends, focus on the why of the situation, and speak the same language. This will help you deal with your next round of scrutiny.

Or just keep winning and never have to explain a loss.

Daniel Bliley is a national award winning marketing professional with 15 years experience. He has worked in many industries, including healthcare, automotive, banking and technology. He holds a B.S. in Marketing from the University of Virginia and his M.S. in Marketing Management from New England College. Daniel is the 2014 Western Virginia American Advertising Federation Ad Person of the Year.

View all posts by Daniel Bliley