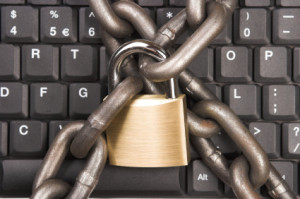 The last few weeks have definitely been interesting, but enough ink – and enough angst – has been spilled about what happened, so let’s move on.

That said, I did learn some valuable lessons from the suggestion I had plagiarized someone’s work.

In today’s digital day and age, these social plagiarism accusations are fairly common, and there’s a chance it could happen to you, if it hasn’t already.

So, here’s what I learned from being publicly accused of plagiarism.

Hopefully they’ll be valuable to you as well.

As soon as I saw the comment, I went to my team for guidance and support. Right away we began analyzing both posts to see if the accuser had a valid argument – because, as I mention below, we’re all only human – and sometimes humans make mistakes. There are several tools you can use to run these checks – we used Grammarly – and the post in question never came up.

In today’s world of non-stop information, we seem to be forever reading. You might have read posts and forgotten you’ve even seen them! Then, you sit down to write, and accidentally craft a sentence you’ve seen somewhere else without even realizing it. If you have the time to take a step back, you’ll usually notice, and think: Wait a second, did I read this somewhere?

In my case, I wasn’t careful. I was in a rush to turn in my next post on time, and I didn’t credit the article I drew my original inspiration from. Although, ironically, it still wasn’t the post that was cited as the plagiarized work. In fact, it was from a huge publication, and most likely would never have been noticed – but still – this is a HUGE no-no. I know that.

I studied journalism in college so I’m very familiar with the ethics of writing. Will I ever make that mistake again? NO, absolutely not! In fact, if anything, I’m over cautious now that this has happened.

They never stop. They write and share posts about the perceived ‘incident.’ They’ll call you out very publicly and most of the time will not be convinced you didn’t lift their work. You will never get an apology, so don’t dwell on it. Stand behind your work, and keep on writing.

It’s a lot easier said than done, but once you do everything you can, there’s nothing left to do but move forward. I stopped responding to comments. I’ve said what I had to say and now I’m done. I have nothing more to add to the conversation (maybe that’s the introvert in me?)

Having said all of that, I just want to publicly thank the Spin Sucks community. I was overwhelmed by how you all stood behind me and supported me. You came to my rescue, as Gini Dietrich stated in last week’s post (see how I’m attributing Gini here?!), and I will never forget that. So thank you from the bottom of my heart.

How to Become a Better Brand Storyteller