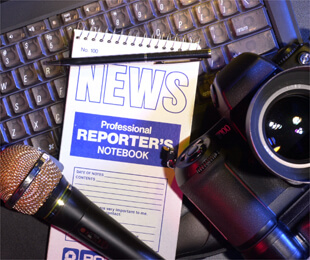 When I began my career, like many of us, I was thrown into the deep end of the media relations pool.

To do that (and to be seen as someone who was motivated, driven, and promotable), I spent many years cultivating relationships with journalists: Getting to know their beats, understanding what they would or wouldn’t cover, and even knowing when they celebrated their birthdays so I could send a card or cupcakes or booze.

And then 2008 hit. Newspapers folded, popular magazines went under, and a lot of my friends – those I’d known for more than 10 years – lost their jobs.

Suddenly the journalists who were left had to cover automakers, small business, and manufacturing…even though small business might have been their only beat previously.

They were too busy to take phone calls or go on media tours or even sit with you for an hour to talk about what you had upcoming.

And the role of a communications professional changed, when it came to media relations.

Get the Attention of Journalists

I read it with great interest, mostly because I had had amazing success using Twitter to build our brand.

In it, he detailed the four reasons entrepreneurs should not use Twitter. I very thoughtfully responded on his article and pointed out the four reasons they should use it…and the other social networks, too.

Because my comment was thoughtful and professional, he called me and we talked about social media, in general. About 30 minutes into the call, he asked if we could go on record.

What came of that conversation was, “Twitter for Small Business…Reconsidered.”

Because he’s like everyone else – swamped with little to no time to listen to pitches from PR professionals – he reads the comments on his articles to see if there is anything worth revisiting or diving into more deeply.

Pitch Journalists on Your Own

Hence, the response campaign was born.

It’s not a very creative title, but my team and our clients know what it means: Spend the time to read and respond to journalists and they’ll eventually add you to their Rolodex of trusted resources.

Here is a step-by-step process to create this magic for yourself:

If you are consistent and post intelligent comments once a week, you’ll soon have developed relationships with journalists who call on you when they need someone to interview.

Yes, it takes some time. Yes, it’s hard work. Yes, it requires that you keep up with your reading. But it works 100 percent of the time. Wouldn’t you rather do that than send a news release to 1,000 journalists and not get a single bite?

A version of this first appeared on Successful (and Outstanding) Blog(gers).