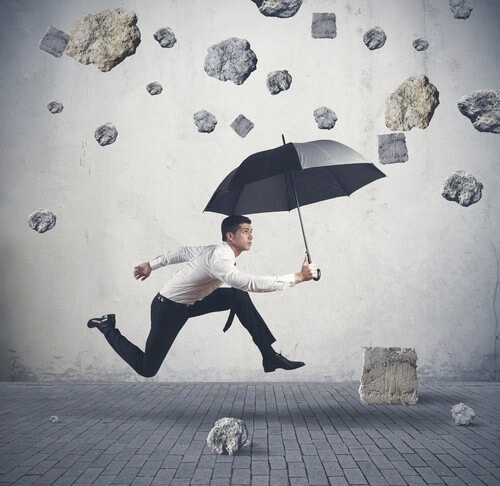 Remember the time you saw on Facebook that your sister was having major surgery…and it was the first you were hearing about it?

Or that your sister-in-law’s baby was born?

Or that your niece was accepted to her Ivy League school of choice?

It doesn’t feel very good, does it?

Seeing big family life events on Facebook before you hear about them from your family.

We like to be in the know and that certainly doesn’t make us feel that way.

That is exactly what happened with Honda customers earlier this month.

The automaker announced on Wednesday, February 3, that even more Honda and Acura vehicles are being recalled to replace Takata-manufactured airbags.

(For those of you who aren’t following this story, it’s not pretty. They’ve been recalling cars with these airbags in them for years, yet—by all accounts—refuse to use a different manufacturer.)

The problem with this latest announcement?

Online conversation about it erupted the day before the formal announcement, as you can see by this handy chart we pulled from Zignal Labs, the nifty media monitoring tool we use.

The bigger issue for Honda is the Takata airbags have been a problem since at least 2004, when an airbag ruptured in a 2002 Honda Accord.

Since then, the problem has snowballed.

Amidst recalls for the same issue just a year ago, the Honda president stepped down and they now have recalled close to 12 million vehicles in the United States, with the latest action recalling an additional two million.

This, of course, is not a PR problem. This is a manufacturing problem.

But when it involves more than 14 million customers and social media, it quickly becomes a PR problem.

I do not envy the Honda PR team right now.

They have certainly had their hands full for a good 15 months, and it’s easy for me to sit here and armchair quarterback.

That said, there are a few things you can learn from them to make sure your announcement is the first to hit the social networks.

How to Get Ahead of the Message

One of my favorite crisis management experts is Melissa Agnes at Agnes + Day.

She has a great issues management response flow chart that every PR team should use when planning for a crisis.

It helps you think through whether the situation will continue to escalate, how much negative attention it’s getting and whether or not it will die off, and if the facts are correct.

Once you’re able to answer those three questions, the flowchart leads you in different directions as you think through every scenario.

I am confident the Honda PR team has done all of these things, as evidenced by the decrease in negative mentions online just two days after the company’s announcement.

They also have done some other things really well.

Here are five things you can—and should—do to prepare yourself for any and all issues or crises.

Crisis Management is in the Preparation

1. Define your audience. Clearly define who you’re trying to reach with your message, and determine the most effective ways to communicate with them. In the case of Honda, one of the major sticking points is customers will hear from them—via snail mail—in the next 60 days. As well, cars may not be fixed until late this fall or early winter. That’s a long time to drive a car that could have a faulty airbag without any communication from the automaker.

Their communication plan should include an email distributed to all customers, as well as the planned letter mailed to their home. It’s not enough to have just a sweeping public announcement. The parties who will be affected most, both internally and externally, need to be at the top of your outreach efforts.

2. Have a plan. When creating a communications plan for a public announcement affecting your customers, you should include:

3. Prepare your internal team. Your audience won’t just be external. Whether you’re a big or small organization, your employees will be the first line of defense during a major announcement. Make sure they’re prepared to answer customer questions. If your employees are unprepared, they will be frustrated, your customers will be frustrated, and the situation will continue to escalate. In the age of social media, a single tweet from a single frustrated customer can turn everything into a potential communications crisis (as noted by one tweet about the Honda recalls shared 151 times).

4. Be vigilant about media outreach. Staying ahead of the game is crucial. Have your public statements ready. If you are prohibited from saying anything, be proactive and let your media contacts to them know when, and if, a statement will be made. This makes you look cooperative and not like you’re trying to hide something.

The more holes there are in communication, the more it’s likely to be filled with speculation. Once the information is out there, it’s harder to correct the course. This is where your social media team also comes into play, with search alerts and diligent listening.

5. Be prepared to apologize…and mean it. No matter how prepared you are, something can go askew. You would be amazed at how well “I’m sorry” works if you’re genuine. There should be no excuses or finger-pointing following that apology. There should be no “I’m sorry, but…” Just a genuine apology and a plan for how you will fix the situation.

The trust your customers have for you is crucial. It’s not about never making mistakes. The key is being fully prepared to communicate that mistake, and telling your customers what you will do to fix it.

A version of this first appeared on the Zignal Labs blog, where you will find me twice a month.