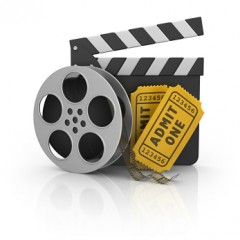 At my first PR job I was told, “The agency will love you because of your production background.”

It turned out she was right.

A film publicity storm was about to make landfall, and my film and TV jobs on productions such as ALI, I Love You Philip Morris, Top Chef 3, and New in Town – as well as awards shows and commercials – had me prepped and ready.

Looking back, I can’t help but think how similar the PR and film production industries are.  Not only did my experience prepare me for my publicity career, but it helped me in every day life.

We have all experienced it right? Working with an array of personalities is probably the most challenging aspect of any industry. And it’s not just tending to celebrity personalities; it’s also the entire production crew.

From assistant directors, producers, production managers, videographers, stylists, gaffers, and publicists – you have to learn not only to adapt to everyone’s professional needs, but also behavior associated with the culture of each individual industry. Getting demands from a million different directions (and people!) can deter you from keeping your ‘cool.’

It might not be talent demanding a certain variety of tea (yes, this has happened to me, and no, I will not name-drop). But it might be a client asking for the moon and stars, which is, of course, part of the job. What got me noticed was I did it all with a smile.

Working on film and TV jobs is not for the faint of heart: A typical day is 12 hours long. I started at the bottom of the totem pole as a production assistant on the film, ALI. It was a go-get-this-go-get-that kind of gig – tough, but fun.

Production jobs are like contract work – short lived – they last for a few months and then you’re off to the next project.

I once worked 20 hours straight. Yes, you read that right. I literally had to scour for food and a corner to pause and breathe.

Why? It was part of the job; it was low budget production with a large-scale execution. Crews regularly work very grueling hours.

Some productions gigs require working outside in the extreme heat in the middle of nowhere. Working events as a film publicist was reminiscent of my past. Having experienced  the film production process – watching teams work as hard and as fast as possible to make things happen on schedule – I was prepared for PR. Working on red carpet events for up to 10-12 hours consists of setup, walk-through, media check-in, logistics, and handling talent. It is grueling NOT glamorous. But I was comfortable with ‘grueling.’

Film and TV Jobs are Good Training Ground for PR

Film production and PR careers look glitzy from the outside, but I know first-hand there’s a lot more to it than meets the eye. It’s true that in production work there are aspects that could be seen as perks: Traveling, brushing up against starlets, and working with incredibly talented production teams.  There are moments, however, that shatter the veneer of it all, and make you question whether or not it’s the industry for you.

I have witnessed numerous times crew members being fired so the producer could bring his own crew from elsewhere. I’ve watched my peers – talented professionals passed over because of circumstances that had nothing to do with their capabilities and skills – head home to begin the search for their next gig.

Learning to bite my lip and pick up the slack prepared me for the public relations world.

At times, PR campaigns have limited resources and tight budgets. Staff may have to wear multiple hats to spearhead a campaign. A PR pro can blog, pitch to the media, manage social media platforms, organize an event, and even clean up publicity stills on Photoshop. The only thing within your control is how hard you work, and that you do the work well. No matter what happens, you can always rely on yourself. That’s true in life too.

Just like film and television production, PR has many moving parts and it’s a fast paced life. And in both industries, you’ll experience a certain amount of ruthlessness. You might get knocked down just as Will Smith did in ALI.

But what’s important is how you get back up…and stay up.

Spanish spoken, goal-driven, and strategic public relations professional with leading campaigns at corporate and agency-type environments. Always looking to inspire and be inspired. Follow her @littlegiantprod

View all posts by Maritza Diaz