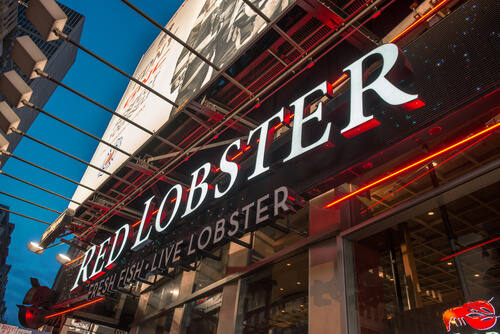 Look, it can happen. It is Saturday, and you may have gone out with friends the night before, maybe you’re even nursing a hangover.

It was a long week and all you want to do is curl up in front of Netflix and order in pizza (or even Netflix and chill…ahem!).

The last thing on your mind is whether or not your brand is mentioned in a Beyonce single.

There is a break between Netflix episodes and you pick up your phone to see several alerts to the brand social media account you manage.

This is unusual, so you pause Netflix and open Twitter.

I’ll be darned! Beyonce mentions Red Lobster in “Formation” and her fans are now tweeting to see your response.

While you do have a process to monitor social media on the weekends, you aren’t expecting to have to get a hold of the powers that be to craft a response, and tweet something clever in real-time (within the moment, at most an hour).

This is expected. Oreo changed that in 2013 for every brand’s community manager, when they responded in real-time about the lights going out at the Superdome during Super Bowl XLVII.

You’ve already lost time because you were watching Netflix and maybe 30 minutes went by before you saw the tweets.

Now you have to work the process, go through the chain of command, and get some creativity…and this must all happen has quickly as humanly possible.

And, even though you are moving quickly, it still takes eight hours to respond with this: 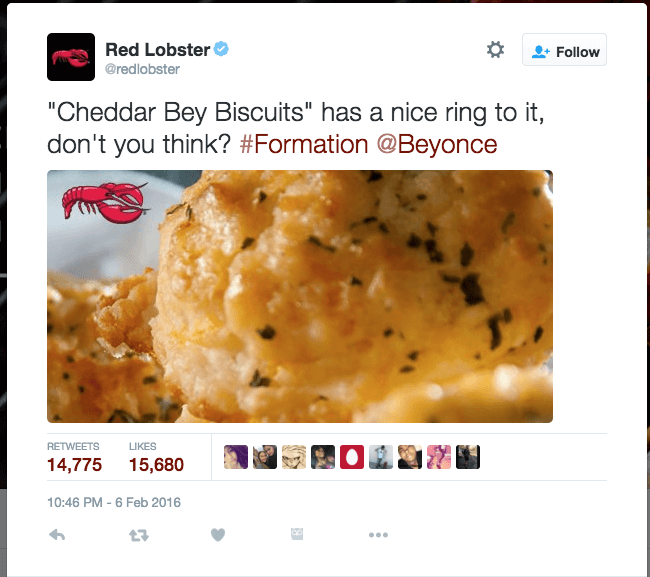 That’s creative and cute, sure. But it took eight hours and the world FREAKED OUT!

And a Crisis Ensued 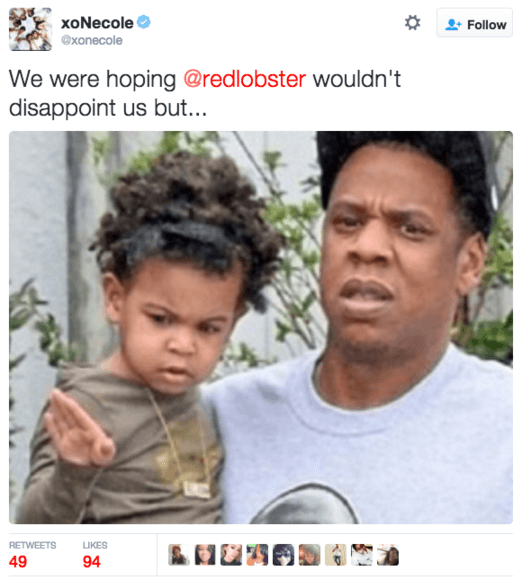 Why did it take them eight hours to acknowledge and respond?

Were there a lot of legal hoops to go through?

More importantly, why did they keep digging themselves into a hole after seeing such negative reactions?

Prepare for a Social Media Crisis

Here are a few things every organization should have in their communications toolbox to bring them up to the speed of social media.

1. Define your voice to stay true to it. Responding to a pop culture reference doesn’t mean you completely abandon your brand’s voice. A company like Red Lobster has a more conservative voice, whereas Starbucks is more playful with their interactions on Twitter.

There are two mistakes brands make when it comes to interacting on social media:

Your customers who follow you on social media are familiar with your voice. They will know if you are more playful or conservative, and they expect nothing more than consistency. If a brand sent out a message completely off-voice, the customers would either think a social media manager accidentally sent out a personal tweet, or the brand is trying too hard.

A quick look at the Red Lobster Twitter feed reveals that they don’t send out many broadcast tweets, so it’s hard to determine their brand voice. It does tell us that they are more conservative with their use of social media.

Does this mean Red Lobster doesn’t have a clearly defined voice?

Without a clear cut voice to catapult from, the response time gets slower and slower for brands.

In the case of Red Lobster, the “Cheddar Bey Biscuit” could have been an acceptable immediate response if the social media manager was empowered to make that word play to buy the team more time to respond. Buying that time may have been important to Red Lobster because Beyoncè’s lyrics aren’t all that wholesome. That could have contributed to the hesitation to respond in real-time.

If they had brand guidelines with clear dos and don’ts in addition to voice, and approved language, their response would have been a lot faster.

3. Stay on top of your brand 24/7. There’s no way Red Lobster could have known Beyoncè was going to drop her single when she did. Still, if you are going to have a social media presence, be prepared to have it 24/7. You don’t have to have someone responding to customers around the clock, but you do need to have alerts and notifications, along with an escalation plan to act and respond fast.

As we saw, even good media can quickly turn sour if you don’t strike while the iron is hot.

4. Don’t make it worse with excuses. Their response flopped, their audience reacted, and then Red Lobster continued to make it worse. Not everything you do will be a win. That’s a given for any brand. How you respond to negative feedback has the potential to turn a flop into a win. Unfortunately for Red Lobster, they just kept making it worse.

You try to bake Cheddar Bay Biscuits and tweet at the same time! #harderthanitlooks #Formation

Their response was borderline flippant. With the eight hours they had to prepare their original response, the team should have also come up with approved language and a response plan for both positive and negative feedback.

The Twitter tide can turn in a split second, and if you’re not prepared, you will get swept away.

P.S. If you want to talk crisis, issues, and planning for an eventual social media story, join me and Josh Ginsburg (the CEO of Zignal Labs) for a free webinar on the topic on Monday, March 7 at 2 p.m. ET.

A version of this first appeared on the Zignal Labs blog, where you will find me writing twice each month.