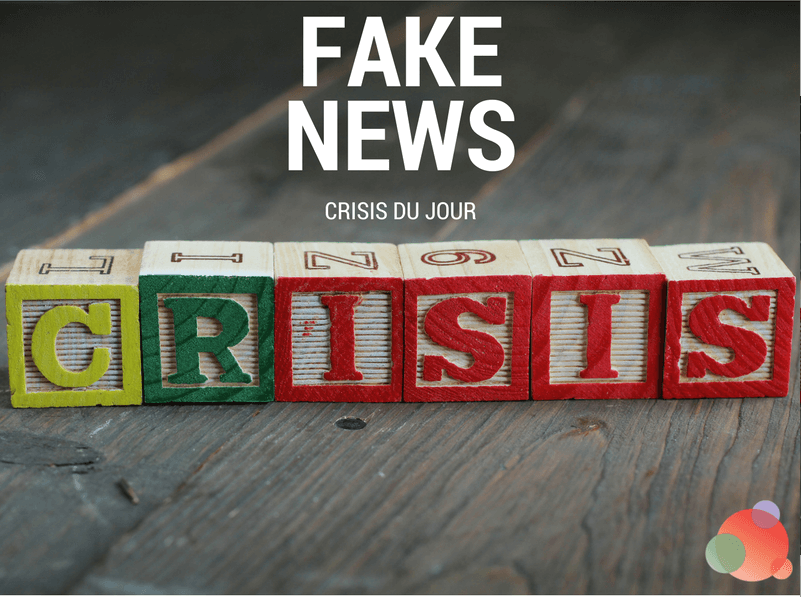 On Tuesday, we had a great conversation about how to gain executive (or client) buy-in for PESO model implementation.

Yesterday, we moved that conversation to creating thought leadership (or whatever you prefer to call it) for executives.

We even had a guest blogger earlier this week who talked about the importance of executives (and clients) not contributing to the fake news cycle…no matter how tempting it might be.

Which is why I thought we’d round out the week with how one more topic on working effectively with executives or clients.

And that topic is…fake news.

In fact, just the other day I saw an article about how PR firms are shoring up services for fake news crisis communications.

(I would link to it, but a Google search didn’t find it and I can’t remember where I saw it.)

Just when we got a handle on dealing with social media crisis communications, we got hit with #alternativefacts.

Fake news is not a new thing—we’ve gone from buying tabloids at the checkout counter to sharing fake news on social media.

The public appetite for scandal and sensational news is not going to stop any time soon.

It’s inevitable that more brands will get caught up in the fake news cycle.

After all, even our elected officials are guilty of spreading fake news.

With fake news fooling even experienced news outlets such as the Washington Post, it’s important to take the time to plan for how to fight back if your brand or one of your executives becomes its next target.

For a great example of rapid response to fake news in action, look at what Vanity Fair did right after the election.

Voldemort tweeted about their journalism standards, after the published a piece about one of his restaurants.

They knew it would be likely to solicit a response.

They had a “dark” site ready to go with a masthead that read, “The Publication Trump Doesn’t Want You to Read.”

(I really, really want to change that to Voldemort. But I won’t. Because it was their headline.)

In the case of Vanity Fair, being the target of fake news turned out to be a good thing.

After the tweet and their masterful response, their subscriptions soared.

In many organizations, any significant website release can take days, if not weeks.

It’s important for you to create a process for deploying a crisis response microsite as quickly as possible.

It should be deployed in a way that anyone on the crisis communications team can quickly and easily update content as the situation evolves.

To keep fake news from going viral, you must be able to quickly debunk it.

If a fake news item targets your company or one of your executives, you want to quickly and transparently let your community—and the media, depending on the severity of the issue—know this is a fake news item without any merit.

Although it can be tempting for some executives to not want to “dignify it with a reply,” no response can often be seen as giving merit to the fake news story’s validity.

While you don’t want to get in a Twitter debate about it, you do want to make sure to stand up for your brand publicly and debunk the story.

A microsite is a perfect vehicle for doing this.

As you would with any other crisis plan, work with your communications team to document the tactics you’ll employ when it happens.

Think through different scenarios—everything from bad reviews based on fake news to erroneous attacks on your company executives, or even just a tweet from a 5 a.m. Twitter frenzy.

Identify what the escalation points are in each scenario, who is responsible for owning the response, and how you will communicate.

Keep an emphasis on speed.

Although your brand would win an eventual legal battle, it’s more important to keep ahead of the court of public opinion.

Involve your legal and compliance teams in the planning process.

Ensure they’re in agreement with your plan and will make themselves available for expedited review or consultation.

Resist the urge to create canned generic responses to use on social media.

Although it may seem like a great way to quickly respond, it can come across as tone deaf if your social media channels start filling up with them.

Build a Community that Will Defend Your Brand

Your best fake news crisis strategy starts before a crisis happens, by building a strong community around your brand.

When you have a community of brand advocates, they’ll help you combat the fake news.

They’ll even respond and debunk these sorts of pieces when they see them shared on social media.

Similarly, now is the time to build relationships with high-profile journalists and influencers.

Along with your brand ambassadors, these are the people who will help you when your competitor decides to take you down by creating fake news.

There’s no way to anticipate your brand being the target of a fake news attack.

By having a documented plan and defined response team in place, you increase your chances of getting through it with minimal damage.