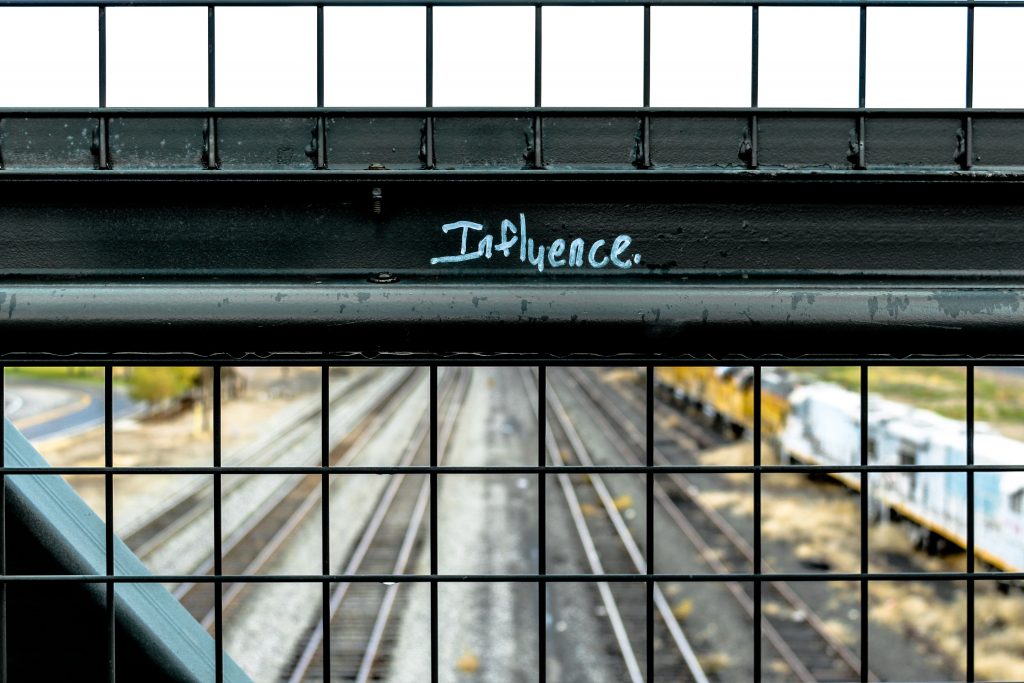 An older PR pro friend of mine and I were chatting the other day. He said, “I just don’t get this whole influencer thing.”

I reassured him that he most certainly did, he was just looking in the wrong direction.

He is a 30-plus year veteran of the public relations industry. Influencers are what he knows best.

Unfortunately, I do. He means the superficial, selfie-takers, or as I refer to them, the “peace-sign, duck-lips” crowd.

The 20-somethings who incessantly post about the free vacations and products brands have gifted them, who never share anything that isn’t the perfect life of a “baller” or whatever they’re calling themselves these days.

That image of influencers is reinforced by the mainstream media, who only talk about them when controversy happens.

Documentaries such as Fake Famous on HBO, written and directed by Vanity Fair’s Nick Bilton, set actual journalism aside and reinforce the idea influencers are fake, fraudulent, and frivolous.

What About Influence Fraud?

While influencer fraud—buying fake followers and engagement via bots or participating in comment pods with other influencers to falsely inflate engagement numbers—is a problem in the online influencer world, it’s no more of one than pay-to-play journalists.

Influencer marketing software Julius gave me an analysis of 100 trending influencers in the U.S. and graded their audiences against fake followers and suspicious activity.

Only 20 percent were concerning enough to warrant further investigation.

While my testing of these algorithmic audience analysis tools doesn’t give me a great deal of confidence in their accuracy, they are directional.

The higher someone’s score, the less concerned I am about their audience.

If only 20 percent come across as worthy of review, that tells me superlatives like “most” or “all” shouldn’t be applied to the fraudulent type.

The Greater Universe of Influencers Is More Credible

The greater universe of influencers is actually full of incredible content creators, designers, photographers, filmmakers, writers, and beyond.

Many of them have built larger audiences than some traditional media outlets and around niche topics to boot.

If you want to reach an audience of amateur beekeepers, Hilary Kearney at @girlnextdoorhoney has 95,000 Instagram followers.

Name your niche and there’s someone out there.

Now I’m suddenly wondering if there is such a thing as an amateur beekeeper. Seems like that should require a license. But I digress.

If you want to get the word out about a new restaurant in Pittsburgh, you can pitch your story to the Post-Gazette or KDKA, but you might have better luck reaching out to YaJagoff.com, a city-focused blog and podcast run by John Chamberlain and Rachael Rennebeck that has about 50,000 passionate followers and fans across social media channels.

Or, better yet, also reach out to Pittsburgh-based Dana Vento, who not only posts about food on her 50,000+ Instagram account but is also @thetravelfoodie with more than 200,000 total followers across platforms.

It goes beyond pitching.

In the Summer of 2019, Cornett built and launched a new campaign for the University of Kentucky HealthCare system that launched with an inspirational brand film.

To ensure the target audience of “someday” patients—mostly parents who don’t need UK HealthCare now, but will someday—we devised a strategy to drive engagement with the video on Facebook, hoping for an organic lift.

First, the brand team premiered the video to its thousands of doctors, nurses, and employees the day before the launch, asking each to help lift the video by liking, commenting, and sharing it the next day.

Then, we engaged 43 local online influencers to do the same and pitched the local media to know the brand film was coming.

But we didn’t stop there.

The exclamation point on the project was to engage people who were influential, but not necessarily in the online follower way.

The mayor, local state representatives, the CEO of the Urban League, a popular dentist, and the music director at a large church in town were all included in our “influencer” outreach.

The approach was a combination of internal communications, influencer marketing, media relations, and community relations.

One could argue those are at least four primary components of good public relations.

The Trick Is to Think Broadly to Get Granular

Mainstream media’s portrayal of what an influencer is has backed us into a corner.

That tunnel vision hinders our ability to see popular dentists in town, industry analysts, political lobbyists, or even the local high school football coach as an influencer.

Scratching your head on that last one?

The American Dairy Council worked through high school football coaches in Ohio to communicate the message that for high-performing athletes, drinking chocolate milk after workouts replenished the body well.

(It has something to do with glycogen. I’m not a doctor.)

What I propose is that we drop the “r” and think of it as influence marketing.

Focus on the action, on the goal. Stop thinking about the noun or the channel.

So start asking yourself how you can do that.

You find people who can influence the audience you wish to persuade.

But it might be the guy telling jokes at a local bar if he can persuade the laughing patrons to try that new micro-brew.

The more you look at the task as influence marketing, a more broad definition than focusing on influencers, the more pathways to the goal of influencing emerge.

Jason Falls is the Senior Influence Strategist at Cornett, an agency in Lexington, Ky. His new book Winfluence - Reframing Influencer Marketing to Ignite Your Brand is available now from Amazon, Entrepreneur Press and bookstores everywhere. Learn more at WinfluenceBook.com or subscribe to Jason’s influence marketing podcast.

View all posts by Jason Falls