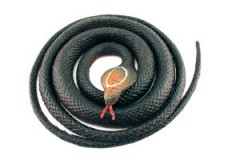 The Internet, for all its many marvels, has wrecked a few things.

I know, I know, you can burn me at the stake later.

But for now, let me explain. It’s created a culture of instant gratification.

Want to buy something? Look it up online and order it.

Need an answer to a question? Google it. Dinner party debate over.

I’m old enough to remember having to wait for things. Communicating via snail mail. Having to actually see people in person to catch up. And no, I’m not romanticizing the “old days.” Heck, I love online shopping as much as the next person.

Time Zones: The Work of the Devil

Then, there’s the Olympics. There used to be a time, when, if the Olympics were being held in some god forsaken country halfway around the world, it didn’t really matter. That 12 hour time zone issue? No biggie!

If you hadn’t listened to the radio, or scanned a newspaper yet, you could simply snuggle in at night when the news networks re-ran the day’s events, and scream and cheer when your country took home the gold in both men’s AND women’s hockey! (See what I did there? Go Canada!)

But today, with the Internet? Boom. You instantly know who won. And catching the re-runs becomes somewhat anti-climactic, to say the least.

Speaking of TV, remember that old nugget “You can’t always believe what you see on TV?”

Well, the new and improved version reads like this: “You can’t always believe what you see on TV, or hear on the radio, OR read in the newspaper…because chances are they’ve all been duped by Internet hoaxes!”

Internet Hoaxes: Trust No One

All that aside, the top thing the Internet has wrecked, is truth. And by extension, our ability to trust.

Internet hoaxes were a dime a dozen this past year. The giant squid? Photoshopped.

The hilarious, but wildly inappropriate “Diane in 7A” airline passenger scrap? Made up by a bored writer over Thanksgiving weekend.

The cute letter to Santa where Johnny replaced his gift of choice with the Amazon URL? Written by an adult a few years back.

And maybe the most viral of all the viral Internet hoaxes: Clumsy Girl Twerking, which was actually produced and filmed by Jimmy Kimmel’s people.

Whether you love Internet hoaxes or not, the proliferation of them is frightening. Because it’s changing us. Well, it’s certainly changing me. I’m walking around like a latter day Fox Mulder muttering “Trust no one!”

Getting duped online is easy, and it happens to the best of us. It doesn’t help that we live in a day and age where, quite frankly, truth IS stranger than fiction.

Where you’re never 100 percent certain whether the headlines coming out of the brilliantly scathing satirical site, The Onion, are actually satire!

But still. I’m fed up to the gills with faked photos and made up ‘viral versions’ of life. See, I want to believe. I want to believe that some teacher out there in middle America is trying to show her class how fast a Facebook status update can be shared and liked.

I want to believe that eagle actually swooped down and tried to snatch a toddler.

Maybe, if I’m being honest, I even want to believe in the 3,000 pound giant squid!

But I can’t. And now, I can’t even believe anything. In fact, I’m even wondering whether that incredible, Andy Rooney’esque sports broadcaster from Dallas, who tore the world a new one when he crushed the NFL’s stance on gay players, was all an elaborate set-up. And I think that’s sad.

I’ll end my little rant with what inspired this post. The be all/end all of Internet hoaxes, if you will.

The Mother of All Internet Hoaxes

A few weeks back, Gini Dietrich highlighted a video on Gin and Topics.

Called @trappedatmydesk, it told the story of the young woman who owned that Twitter handle who, when diagnosed with terminal brain cancer, took to her Twitter stream to share her thoughts, and fully embrace her remaining days.

The video was a compilation of @trappedatmydesk’s tweets, and was created by one of her followers after she died.

And, like hundreds of thousands of others, I believed it.

The woman who created the video is from Toronto, and is followed by quite a few people I know.

@trappedatmydesk was a gal from Ottawa, a smallish city with an even smaller, and very connected, social media community.

My alarm bells didn’t go off, but they did for one person.

And that person, after digging deeper into the story, and with some solid supporting facts and research, has come to the conclusion that @trappedatmydesk is a big fat fake.

No ‘cute goth girl working for the Canadian government.’

No ‘I have brain cancer.’

No quitting her job to travel the world in her remaining months.

And no sad brother announcing her death to her Twitter followers.

As I said to Gini when she texted me the above link, “I give up.”

I seriously do. When we’ve reached the point when, just for a lark, we falsify and trivialize being diagnosed and dying of cancer…I just have no words for that.

Well, I do, but Gini doesn’t let me use swears on Spin Sucks.

So now, I guess I’ll just trust no one. And nothing. I’ll ponder for awhile this double-edged sword that is the Internet. And the darkness that resides in some people’s hearts.