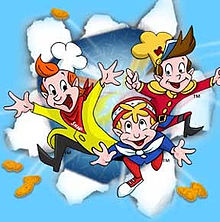 Just about 11 years ago, we were in the middle of the Great Recession.

There were many similarities then to today: journalists were furloughed, layoffs were made, the unemployment rate was 10%, and marketing budgets were slashed.

When it comes to cutting expenses, accountants typically look at the biggest line items that are “non-essential” and marketing, communications, and advertising are always on that list.

Even the most sophisticated of companies—those you would think are immune to massive dips in the economy—take a cut and burn approach when it comes to marketing.

Having steered my business through the Great Recession, I know the signs of when the economy is going to dip.

Our industry also is always a leading indicator.

And, when retainer budgets started to dry up in favor for projects or short-term relationships in late 2018, I knew something was coming.

Of course, no one could have predicted THIS is what was coming. I honestly thought it was going to be short recession, but nothing like 2008-2009.

Everyone Is Losing Revenue

I write this at a time when we’ve lost 60% of our revenue.

My leadership team and I crafted three plans with contingencies. And we laid off some of our staff at the end of February and gave them six weeks’ severance.

Not only did accountants and CEOs slash and burn our budgets, they did so without a recovery plan in mind.

There was a 12-day period in March where I heard everything from, “I am so sorry to do this to you and your business.” to “We’ll be back. I promise. I just don’t know when.” to “Stay strong! You’re the strongest person I know.”

And we’re not alone. Most agency owners I know have experienced the same—or worse.

A girlfriend of mine said, “I was completely blindsided by this. I didn’t think any of our clients would pause their work with us…and they all have.”

Kellogg Continued Its Marketing During the Great Depression

During the Great Depression, things were as bleak as they are right now.

In fact, many are saying it will be worse than the Great Depression.

They’re predicting unemployment will get as high as 31% (it was 24% during that time) and there is no doubt many small businesses—restaurants, bars, retailers, even agencies—will not return.

But there were some companies then—and some today—that continued to market.

In the late nineteen-twenties, two companies—Kellogg and Post—dominated the market for packaged cereal. It was still a relatively new market: ready-to-eat cereal had been around for decades, but Americans didn’t see it as a real alternative to oatmeal or cream of wheat until the twenties. So, when the Depression hit, no one knew what would happen to consumer demand. Post did the predictable thing: it reined in expenses and cut back on advertising. But Kellogg doubled its ad budget, moved aggressively into radio advertising, and heavily pushed its new cereal, Rice Krispies. (Snap, Crackle, and Pop first appeared in the thirties.) By 1933, even as the economy cratered, Kellogg’s profits had risen almost thirty per cent and it had become what it remains today: the industry’s dominant player.

When we come out of this—and we will come out of it—it will be important to have a plan to get those marketing budgets back and continue to do good work.

There are three ways you can approach your marketing strategy:

As your competitors go out of business or stop marketing altogether, you have an opportunity to realize gains in market share.

Like you, they may have suffered a loss in customers or a massive decline in revenue and that has caused lower customer satisfaction.

This make the customers who are left open to considering new options.

Market as aggressively as you can—and this one is challenging because you don’t want to appear tone deaf—and focus on great service and quality control.

Cut Back, Don’t Cut Out

When Chip Griffin and I discuss marketing and new business development during this time on the Agency Leadership podcast, it is often said that things will be on sale soon.

This means people, services, products, and even entire companies.

It creates a buyer’s market—and those who can continue to buy will buy cheap.

As remote as an economic resurgence may seem at this point, you need to discipline yourself to prepare for it.

You’ll look back on resources you invest in marketing today as time and money well spent.

The greatest danger will be in growing too fast and running out of cash as your receivables grow (collecting money from customers facing the same challenges won’t be easy).

It’s a good problem to have, but it’s still a problem.

Quality control may also become an issue as you rush to meet demand.

While the temptation after will be to grow the top line as quickly as possible, your focus should be laser-focused on quality growth and protecting your margins.

In good times and in bad, cash is always king.

These are not easy times. Part of the challenge is we don’t yet see a light at the end of the tunnel.

It’s there, but we’re still too deep inside the tunnel to see it.

When it starts to appear, even if it’s till miles and miles away, you’ll need to be prepared.

Start planning now. Figure out which of the above three marketing strategies you can employ—or if you can execute all three, what the triggers are for each—and set a plan to them.

That way, you’ll be out ahead instead of trying to play catch up.