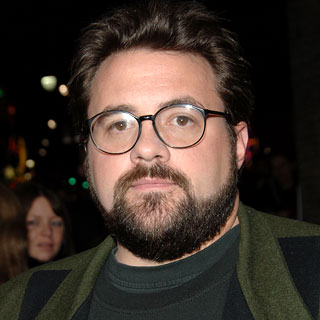 I  published this on Associated Content last week and thought it is a good post for Spin Sucks, as well. Enjoy!

By now, everyone has heard about Kevin Smith throwing a fit, and telling his more than one and a half million Twitter followers about his experience with Southwest Airlines.

Two weeks ago, the filmmaker was flying from Oakland to Burbank on Southwest Airlines. Smith is a big guy. So big, in fact, that he always books two seats when he flies. On this occasion though, there was only one seat available on the stand-by flight, so he took that, which is where the problems began.

Because I’m a communication professional, I’ll not go into why I think his getting stand-by on an earlier flight, and not having two seats available (which he purchased on the later flight), is the reason he was asked to leave the plane. Nor will I discuss whether or not he was profiled for being “fat”. Instead I’ll focus on what Southwest did really well, and what they could have done better, from a communication perspective.

First of all, Southwest has a policy that they abide by with every disgruntled customer… listen to what they have to say, reflect on the issue, apologize, and offer a voucher for continuing to do business with them. And that’s the policy they followed when responding to Kevin Smith on Twitter a couple of Saturday nights ago.

The problem, though, is that no amount of policy can quell a firestorm created on Twitter if not handled in the right way.

The incident happened on a Saturday night and the Southwest Twitter stream was being managed by Christi Day. Good for her! It likely isn’t policy that Twitter be manned like that on the weekends; she probably was just scrolling through some things and the Smith tweet caught her eye.

She responded. And then the firestorm began. Because she didn’t have authority to offer anything but an apology, and follow policy, the message was retweeted until it became a communication crisis for Southwest.

On Sunday morning Christi wrote a heartfelt blog entry titled, “Not So Silent Bob.” By reading the entry, you know she really feels badly and is doing everything she can to appease the man. But it wasn’t enough, as the angry tweets from Smith continued (including using awful profanity) and upset people commented on the blog.

Here is where the company went wrong…

Southwest has one million Twitter followers — they have as much clout as Smith. Yet, they didn’t treat the situation as anything different until early the next week. But we all know in the world of Twitter, two or three days later may as well be months later.

If I were Southwest Airlines, I would have seen the tweet, and I would have responded publicly. I would have apologized and asked Smith if I could have our CEO call him, personally. Then I would have had Kelly call him on Saturday night. And I would have told my Twitter followers, “Gary Kelly, our CEO, just called Kevin Smith to personally apologize for his experience.”

Then I would have written the blog post on Sunday, including that information, except I would have had Kelly author it. There still would have been some anonymous comments about how much people don’t like the airline, but that’s to be expected.

By Sunday afternoon, Smith would have looked like a guy trying to use his celebrity to attack the company unfairly. But hindsight is 20/20.