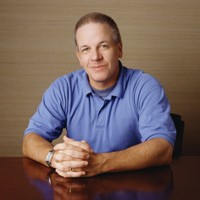 This may sound crazy, but stand-up comedy has helped win more clients for my business.

Humor is a powerful differentiator in life. Think about it. You choose your friends, business “buddies,” and significant other based upon how much you like them. So, it should come as no surprise that humor, when properly leveraged, can provide a communications firm with a distinct competitive advantage and boost in workplace morale.

I stumbled across this revelation five years ago while suffering through an endless PR industry awards dinner. I started a conversation with the guy next to me and, when the chatter turned to hobbies, was stunned to hear he performed stand-up comedy. How cool, I thought.

He provided me with the details and, within a short period of time, I was enrolled in an intense five-day training course at the New York-based American Comedy Institute. The course ended with a live performance at Manhattan’s Stand-Up New York.

I became addicted to stand-up comedy and began to perform regularly. I even created a persona, the midlife crisis comic. As my performing matured, I noticed my business presentation techniques were improving dramatically. I was becoming much more attuned to reading non-verbal clues, filling uncomfortable conversation gaps, and, critically, using comedy to create a more immediate rapport with clients and prospects.

The proverbial light bulb went on and I realized the implications for my business. So, about two years ago, we began incorporating stand-up comedy training as part of our Peppercom State management development program.

Our employees are trained level by level (all of our account executives are trained on one day, account supervisors on another, etc.). We provide an overview on the connections between humor and business, the four different “types” of comedy, and examples of each. We then ask the employees to collect their thoughts, write down a few things from their personal or professional lives that “bug” them, and then ask each to perform a few minutes of stand-up in front of the group.

The results have been nothing short of amazing. Everyone succeeds. And everyone is “funny” to one degree or another. Each group bonds in amazing ways. They pull for one another, laugh at one another’s jokes, and, critically, learn new things about the person they’d been sitting next to for the past several years.

As a manager, I’ve been able to identify a few previously overlooked “diamonds in the rough.” Several have been asked to join major new business presentations as a direct result of their “stage presence.”

Comedy’s hip, irreverent nature plays well within our culture and has helped us maintain morale during a difficult economic period. Clients and prospects alike have warmed to it. Some have even said it factored into their decision to retain Peppercom. In fact, our largest client says exactly that.

Last, but not least, we’ve been retained by various organizations to lead humor workshops for them. So, one could say we’re laughing all the way to the bank.

Stand-up comedy isn’t appropriate for every organization. It needs to reflect the culture and be driven by senior management. It works well for us because, as we like to say: “We take our client’s business and our business very seriously. But, we don’t take ourselves seriously at all.”

Comedy can work for your business. That’s no joke.

Steve Cody is co-founder and managing partner of Peppercom. He can also be found blogging at www.RepManBlog.com and performing professionally as a comedian at the New York Comedy Club.