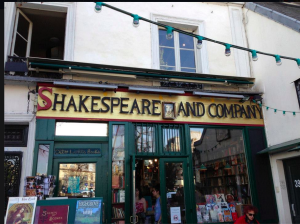 I’m baaaaaack! Did you miss me?

After six days in Paris, a day in London, two travel days, and four days at home to recover from jet lag, do (12 loads) laundry, and prepare to come back to work, I am ready.

But I’m not sure I’m ready to tackle my email…maybe by Friday I’ll have it all finished. Oy.

You’ll have to catch me up on everything that happened here in the past two weeks. With the exception of Facebook, using the #watertown search on Twitter, listening to the Boston police scanner, and writing 14,000 words (which wasn’t really online – I just kept my WiFi turned off), I was completely unplugged.

Some Fashion from Paris

Because I need to ease back into today, I thought I’d go away from PR and marketing a bit today and tell you about Paris.

First off, girls, be very afraid. Pantyhose were EVERYWHERE! Even on the one day the sun came out and it was higher than 50 degrees, pantyhose. Nude for the look like they weren’t wearing any, but mostly black and lots of fun patterns.

I fear that trend will hit North America soon.

Secondly, ballet buns are the only hairstyle on women we saw the entire time we were there. So much so, you’ll see in my photos, I began to wear my hair that way (it certainly is a lot easier to manage).

Guys, scarves are big on men. As in, they all wear them. I like this trend. We should instill it into our culture. It’s very dashing.

This was my fourth trip there (Mr. D’s first), but it was the first time I’d felt their disdain for Americans. Sure, I’d heard about it from other U.S. travelers, but I’d never experienced it myself.

I don’t know how many times we heard, “Why is there so much gun violence? What are you doing about it?” As if Mr. D and I were solely responsible.

When the bombings happened, we were at L’Atelier Maitre Albert for our last night in Paris. I stepped away to the ladies room and glanced at my phone. There was an alert there were explosions at the marathon, but nothing more.

I went back to the table and told Mr. D, who promptly excused himself and went outside to see if he could get a cellular connection. To say we rushed the staff through the remainder of our meal is putting it mildly.

We hurried back to the hotel to turn on the news and use the WiFi to see what kind of information we could get.

It was so frustrating. BBC had news, but – while an important item – they weren’t focusing only on that….which I suppose, in retrospect, is a good thing.

My dear friend Erin Brumleve had crossed the finish line only 20 minutes before (thanks to Jason Konopinski for looking it up and texting me the info) and we were panicked to get a Facebook message or text message from her or her husband, saying they were okay (they were).

We are Very Lucky

I relay all of this to say…what happens in the United States of America isn’t as important as we think it might be all the time. Sure, they were covering it, but only from the perspective of world news. Not in the mundane way CNN did on Thursday and Friday during the manhunt.

It certainly gives you a different perspective. So, while people were upset because Guy Kawasaki was autotweeting (and how he reacted when called out) or Ford sent a tweet too soon after the second suspect was captured, all I could think was, “I’m so grateful to be home where I can get readily get information and know my friends are safe.”

Two weeks ago, I would have been upset too. Now I look at this crazy digital world we live in and realize how lucky we are. Perhaps I’ll go back to my cynical self in a few weeks, but for now I’ll be mushy and repeat…I missed you!

Because Lindsay Bell used the best photo I took in Paris in Friday’s blog post, this photo is of the famed bookstore were Hemingway, Fitzgerald, Stein, and many other authors hung out in the 20s.