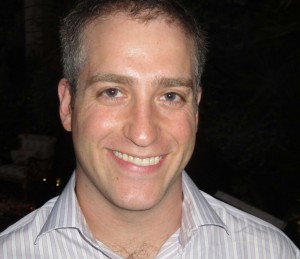 An entrepreneurial attorney with an MBA, Adam Zuckerman is a blogger and people connector inspired by the intersections of business, law, media, technology, and all things outdoors.

You may have noticed that Maker’s Mark has tapped actor, comedian, and television personality Jimmy Fallon to narrate it’s most recent TV commercial, “It isn’t about hype.”

For those unfamiliar, Jimmy is an ex-SNL cast member, now hosts NBC’s Late Night With Jimmy Fallon, and has had roles several movies such as Almost Famous and Fever Pitch.

Now, I have no problem with Maker’s Mark selecting Jimmy Fallon as a spokesperson.  He’s cutting edge, personable, and someone I genuinely imagine throwing back a few Makers Mark cocktails.  On the rocks, Manhattan, or even a classic Old Fashioned; it’s all plausible.

Yet, I do take issue with the script.

Speaking as if he were an employee of the company, Jimmy reads aloud what Makers Mark isn’t about: Hype, showing off, or being the official sponsor of the game.  He then concludes, “Or as our founder said, ‘It is what it isn’t.’”

I love the message and think the branding is spot on. I just wonder if they needed to execute it differently with Jimmy as the spokesperson.

Given his background (he is from Queens, N.Y.), it seems disingenuous. I’m willing to bet he’s never made whiskey in his life, and it’s unclear what, if any, ties he has to Kentucky.

Put differently, there is no way Jimmy’s voice makes me think of of rural Loretto Kentucky, where Maker’s Mark has been distilled since 1959. You see, Loretto is so small that there’s a good chance your high school had a greater population. According to the 2000 US Census, the town was comprised of 623 people – and that’s not the image Jimmy embodies.

What do you think?  Should the script have been drafted differently?  Does narrating the commercial make Jimmy an employee of the company?  Go get yourself a Maker’s Mark Manhattan (one of my standards), and let’s discuss.

You can watch the commercial on Maker’s Mark YouTube channel by clicking here.

An entrepreneurial attorney with an MBA, Adam Zuckerman is a blogger and people connector inspired by the intersections of business, law, media, technology, and all things outdoors.