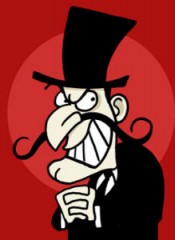 Last week, we held one of the best webinars of the entire year.

If you missed it, you can download it here.

Shel Holtz walked us through the new reality of employee engagement, and how internal communications and evolved management can either make or break a team.

Some of the statistics are staggering.

One study found a mere sliver of employees worldwide are engaged in their jobs.

And if you thought being “not engaged” was bad, being “actively disengaged” is even worse.

At the end of the webinar, during the Q&A with Shel, I mentioned how, in my opinion, most of what he discussed regarding creating a more engaged workforce, and happier employees, boils down to one thing: Being bloody human!

(Watch the webinar to see his fantastic answer to the “being human” question.)

I’m simplifying, of course, but treating your staff as human beings—dare I say adults—goes a long way towards creating engaged employees who are invested in both their jobs, and the company as a whole.

When one of Shel’s slides popped up, listing the qualities of an engaged work force, I had to smile.

Every one of us at Arment Dietrich and Spin Sucks feel all of those things.

Because we have a great boss.

And while Danny Brown might call me a sycophant, the truth is the truth.

Erm, aren’t these just the normal things that any boss would do?

Sadly, no. I have worked in some staggeringly dysfunctional environments in my day, and have heard similar stories from friends and family.

And while I don’t have the answers as to why in many workplaces a dictator’esque management style is considered the norm, I have been around the proverbial block a few times.

I want to leave you with a few things to think about if you’re part of a management team having issues with disengaged employees, or an underachieving team or department (actually, the two go hand-in-hand).

Don’t hire someone, and then belittle what they bring to the table.

They probably endured numerous interviews to land the job—and unless they are Oscar-worthy actors, you probably had a good feel for their personality, skills, and experience before you hired them.

Work with them if you need change or growth.

Let them go if they are under-performing.

But don’t blame them if you hired wrong.

Having best pals on the job can cause all kinds of conflict.

Discomfort if you need to discipline.

Or, the old high school standard: Someone on staff becomes the Queen Bee.

And, whether the favored one then gets all the insider info—which their colleagues have no access to—or simply can do no wrong, it’s a dangerous situation for management to have to juggle.

Be acutely aware of these inter-staff relationships, and ensure they aren’t upsetting the apple cart or clouding judgement.

Most importantly, if you’re a manager with a public close personal relationship with a subordinate staff member, it behooves you to be extra sure the rest of the team doesn’t feel passed over or unfairly treated because of it.

It doesn’t matter what goals or performance benchmarks you’re trying to hit, being afraid to share sensitive company information with your staff will hobble your efforts and leave your team feeling like children.

Hoarding top-level information, or doling it out in dribs and drabs does not provide a clear picture for your team of where you’re at or where you aspire to be next month/quarter/year.

You’ve hired professionals—trust them to be privy to company information and look ahead projections and allow your team to have ownership of sensitive data.

Let them work with you, instead of just for you.

Ok, I tease Gini Dietrich a lot by calling her a robot.

Which is pretty darned close to a superhero.

And, in the two years I’ve been here, I’ve watched her become less of a robot.

Her management style: She relies on her team to help her, doesn’t hoard responsibility, shares the work load, and delegates where possible.

Now, before the pointy stakes and fiery torches come out, I recognize that there are many, many incredible employers, managers, and corporate leaders out there.

But if you’re struggling with an unhappy, under-achieving team, I hope you will watch Shel’s webinar, and also take a minute to look inward.

There just might be a thing or two that could use a tweak.