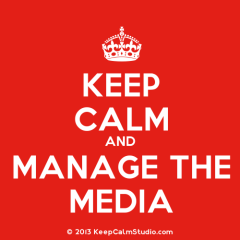 I still look in the mirror and see my 27-year-old self. It certainly doesn’t feel like I’ve been practicing communications for more than 15 years. But when I think back to how things were done at the beginning of my career versus today, it’s easy to see how that many years have flown by.

We used to write news releases, advertorials, feature stories, and more, print them out, overnight them to the client, and wait for their feedback. A few days later, the feedback would come back, via an overnight package, and we’d make the changes, mark it final, and send for their signature.

Today that seems like an incredible waste of time (and trees). I can still picture the outbox where the envelopes were collected to be sent at the end of each day.

As well, media relations used to be about getting invited to editorial board meetings, hosting journalists at week-long events so they could learn more about your organization, and finding a reason to have lunch, coffee, or dinner with journalists to build your relationship with them.

Long after that became a no-no, there were still some journalists who would see you on the sly … and you knew who they were and how to approach them. In fact, there was one Chicago Sun-Times reporter who practiced that until he retired two years ago.

While these things were beginning to change for ethics reasons, when the economy crashed in 2008, things really began to change.

Suddenly the journalists with whom you’d built relationships with during your career were taking mandatory furloughs or, worse, being laid off. Those who were left were suddenly covering three or four topics, when only one was their expertise.

The need for a PR professional became even more needed, but because journalists were so busy, they resented those who called or emailed simply for the sake of keeping the relationship alive.

Then, of course, social media entered the fray and journalists began to use that and their own content to find sources. The good old days of picking up the phone and chatting about the stories that were forthcoming to see if your organization was a fit are very slim and the web has changed the way we communicate.

It’s pretty easy to understand networking and building relationships with human beings. We all do and have our entire lives.

What’s more difficult to understand is how to do that using technology and without ever actually speaking to someone who can help you tell your story.

Following are some tips for you to consider using when you embark on a media relations program.

If you do just one of these six things, and you are consistent and smart about it, you soon will have some media relations success.

A version of this first appeared in my weekly AllBusiness Experts column.