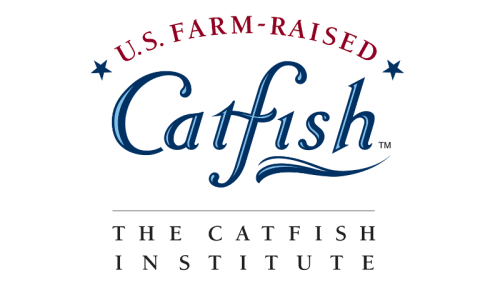 I know some of you like to make fun of me about this, but I loved working on The Catfish Institute account.

Not only was it run by one of my dearest friends, Henry Gantz, we had the freedom to do what we wanted with it.

We did everything from hosting a celebrity chef cook-off (and I have the best stories from that) to running a regulatory campaign.

I got to work with several different FleishmanHillard offices, including New York, Washington D.C., and Sacramento, which was really big experience for my 20-something self.

Some of the campaigns we implemented are still used to this very day, which makes me very proud.

I also had the opportunity to work with some extremely experienced professionals who were top of their field, including a media training team who had helped Fortune 10 CEOs through media nightmares.

We had to bring them in from New York to help in one instance.

Not Quite Ready to Tell the Story

It was the pinnacle of my career.

60 Minutes had agreed to do a feature on catfish farming and spend a few days in Mississippi, talking to catfish farmers, feeding catfish, eating catfish, and doing all things catfish (even I was tired of catfish by the end of that trip).

To prepare for it, we brought in a team to coach anyone who we thought might be interviewed by 60 Minutes.

You see, there was a bigger issue that we didn’t want the feature to focus on.

We wanted the feature to be about all the good catfish farming was doing for the American economy and for tobacco farmers, who were really struggling at the time to make any money.

But the Japanese were dumping catfish into the U.S. and calling it U.S. Farm Raised. There wasn’t a regulatory body that would prevent that, which is what the Washington D.C. office was working on.

So, you could go to the grocery story and think, “Mmmmm…catfish sounds great tonight.”

You’d look through the options and see some packages that said U.S. Farm Raised and some that did not. Presumably, you’d think the ones that didn’t have the sticker were not farm raised, which meant they likely were caught as bottom feeders so they wouldn’t taste as good.

So you’d buy the one with the sticker on it, only to get it home, prepare it, and discover it too was a bottom feeder…and caught in Japan and flown here.

To be U.S. Farm Raised meant the fish were fed at the top of the water so they never had to feed on the bottom…and they truly were farmed here.

Catfish take on the flavor of whatever you’re using to prepare it so you want a clean, white fish; not one that might taste like dirt or worse (this is why most catfish is prepared fried; to get rid of that taste).

But we weren’t ready to tell that story.

We still didn’t have policymakers in agreement about how to label catfish that was not farmed here and we also didn’t want to potentially screw up any good will with the Japanese by telling the story too soon.

But It Happened Anyway

So the media training team from New York came in and spent three days with everyone involved with The Catfish Institute.

They grilled them with questions—the same questions asked 16 different ways.

They recorded everything on video and then we watched every last piece of footage to provide input on how to provide an even better interview.

It was grueling, but by the end of three days, we had them so prepared, we were confident the catfish dumping issue would never even come up.

And the few days spent with the 60 Minutes crew went off without a hitch. It was pretty incredible to watch and I was so humbled to be a small part of it, watching (and learning) from the sidelines.

The last of the interviews were in The Catfish Institute offices and the crew began to pack up to leave.

The on-air talent had already left and it was just us and the producer, a camera man, and a sound guy.

As we walked them to the elevator, the following words were uttered:

I am so glad you didn’t ask me about the Japanese dumping catfish into the U.S.

It still makes me hyperventilate, to this day.

Even though everything was put away, the on-air talent was tucked away safely on a plane, and we were walking them to the elevator, the three days they spent in Mississippi were trashed in favor of doing the Japanese story.

The time and resources spent to get us to that point notwithstanding (not to mention I now could not use a 60 Minutes feature in any awards application or results report), the one thing we forgot to say during media training was:

Had we been ready to tell that story, we might have gotten something like 60 Minutes did in 2011, but because it was mentioned off-hand like that, they assumed we had something to hide and it did more harm than good.

And, because every, single business leader will have something like this happen to them at some point (if not already), here are a few media training tips:

And, of course, you want to always mention in your media training efforts that everything said can and will be used against you so be overly prepared.