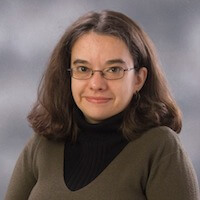 Have you ever watched The Princess Bride?

If not, you really need to get on that. Go ahead. I’ll wait for you.

Now for the rest of you, I’m sure you know and remember Miracle Max, the character played by Billy Crystal and a lot of make-up.

Max is the one who tells Andre the Giant and friends that Wesley (played by Cary Elwes) is only mostly dead. He further points out (and logically so) that if you are only mostly dead, you are partially alive.

This scene comes to mind often when I am navigating the online waters. It seems like everything these days is apt to be declared entirely, 100 percent dead. In fact, just yesterday someone on Twitter informed me that she saw someone proclaim brick and mortar universities dead.

With that in mind, I thought I would pull in some Miracle Max expertise. I interviewed him about 11 things I’ve seen proclaimed dead so I could get his professional opinion.

Below is a summary of the items I asked him about, as well as his responses.

So there you have it. It seems all 11 things that have been declared dead aren’t really dead. Many of them aren’t even mostly dead, and this is coming from a real professional!

If you have anything you’d like Miracle Max to check on, let me know. He might even weigh in on the comments for you.

Margie Clayman is the Director of Client Development at Clayman Advertising, Inc., her family’s full-service marketing firm. Margie is the third generation of her family to work there! Margie blogs at www.margieclayman.com. You can follow her on Twitter @margieclayman.

Margie has authored a book called The ABCs of Marketing Myths, which you can read about here.