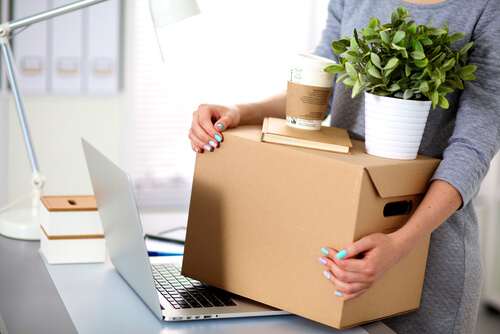 A couple of months ago I had the genius idea to move to a bigger house.

While this should be a good experience, in my case, everything that could go wrong, did.

Let me tell you what happened.

After searching, calling, and seeing no less than seven houses, I finally chose one and began doing the prep needed for the move.

Things such as finding movers and buying appliances (they didn’t come with the house) were on my to-do list.

Nothing unusual so far.

But, just when I thought everything was set into place nicely, it all began to fall apart.

I was supposed to move during the Memorial Day weekend, which was an excellent time because of having three days off.

In my head everything worked perfectly.

That was until I went to the house and discovered the painters would continue working through the Memorial Day weekend.

Well then, not much to do there.

We decided to regroup and organize the move in one day, instead of during the course of three days.

Though I wouldn’t receive the keys until the morning of the move, it was a stretch, but we decided it was doable.

The painters finished the morning we were planning to move, but then the cleaning crew came…and worked until 7 p.m.

Suddenly my day of moving had evaporated.

Not to mention, the internet hadn’t been installed and I’m rather reliant on that for work.

On top of all of this, the washing machine was not delivered the day we agreed, because they had um… a problem with the system.

It was delivered a week later.

The fridge was delivered on time, but broke after only two days.

OK, that’s all nice, but you may be wondering what it has to do with PR.

Much more than I would have expected.

This move reminded me of these important PR lessons we should keep in mind for any project.

One of the most important PR lessons is planning.

No matter how prepared you are for the project you’re leading, whether it’s landing an interview for your client, launching a website, or leading a PR campaign, you need to be prepared.

Successful people of all times prepared themselves over and over again, even if they did a particular task hundreds of times.

A good planning ensures you stay in the moment, you stay focused and ready for action.

I stayed mainly in my head instead of the moment, when I should have put the bad things first, and create a plan around that.

Let’s stay in the planning area for a bit.

It’s great that you have a plan and are prepared to take action.

However, keep in mind that sometimes, everything that can go wrong, will go wrong. (Duh!)

Have a backup plan in place and train your team on how to act when things don’t go as planned.

In my case, was having a back-up fridge (which thanks to my parents I did) and keeping my old internet line, just in case the new one wouldn’t be installed on time.

PR Lessons In the Big Picture

When things don’t go as planned, you might find yourself overwhelmed and lost. And overly stressed (me).

What should you do first? Where to start? Who should you speak to? And the list of question can go on and on.

If you find yourself in that state of mind, stop right there.

Take a step back and look at the big picture.

Leave your personal feelings aside, don’t beat yourself up and think as a leader.

What is it you are trying to achieve? What can be done with the resources you have at hand? What is the most important thing to do first?

These questions will help you focus on what it needs to be done, rather than dwelling on why things did not go well.

Only when I stopped and took a step back, I was able to make things work with the resources I had at hand.

PR Lessons In Following Your Gut

No matter how good things seem to be working out, if your gut tells you to pay attention, listen!

Sometimes our sixth sense comes into play to show us what our conscious mind is too busy to see: Those warning signs we so often brush off.

When I bought the washing machine, I had a feeling the person taking my order didn’t go through all the process.

I can’t tell you how I knew, but remembering the conversation, I remember her being nervous, repeatedly asking her colleague, etc.

PR Lessons In the Hard Things

We are tempted to leave the hard things, whether it’s about a difficult project or having a tough conversation with someone on your team, last.

It’s human nature, nothing wrong with that, as long as you are aware of it and work on it.

The best professionals and leaders are renowned for doing hard things first.

And here is the trick: When you do the hard things first, you expand your limits, you become more confident in yourself and your abilities, you inspire the ones around you.

Though I was tempted to leave others deal with the issues, I had to step up and take matters into my own hands.

There you have it.

These are the five PR lessons I dealt with when I decided to change homes.

How about you? What PR lessons have you learned lately?