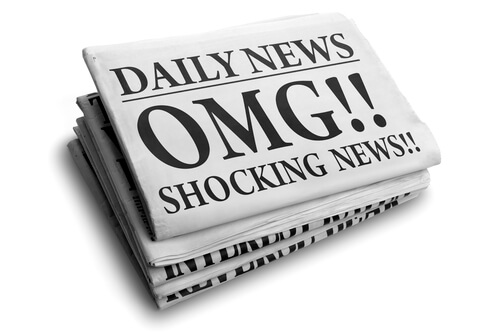 Does this process sound familiar?

For years when a PR pro sat down to write a news release, he or she put her SEO hat on first and the wordsmith hat on second.

And isn’t that whole point anyway?

In fact, it wasn’t so long ago that a search for “Fitness Tips for Busy People” might turn out more than just a few news release results like the one below: 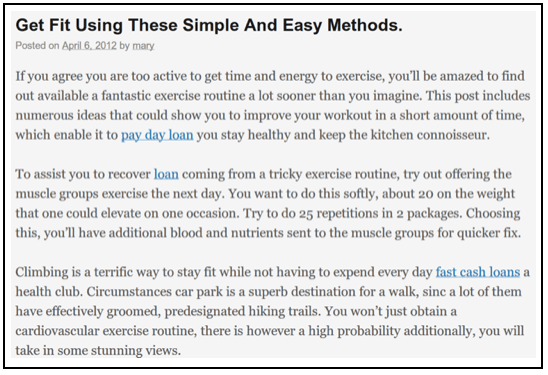 Today, things are much different.

Years of search-gaming only led to the proliferation of link spam and thinly disguised advertisements—Joe Public was fed up, and so was Google.

That’s when the push for change came.

The main of Google is to provide the exact search results a user wants.

If Google provides weird search results, or keyword-stuffed spam, a user is going to flee to another search engine.

But Google had a problem. That keyword-stuffed spam was just the sort of thing its old algorithm looked for when listing search results. And Google knew that savvy web pros know the score.

So what to do?

The answer was simple: Change the algorithm and improve the news release

How Panda Saved Your News Release

In 2013, Google introduced the first changes to fix their algorithm so that well-written content, easily readable by humans (not just machines!) began appearing at the top of search listings.

In other words, now searches for “Fitness Tips for Busy People” began to turn up news release results that actually pertained to the original search.

Waistlines across the world rejoiced!

In some ways this made life harder for people charged with making a previously unknown company or service a household name. No longer could they count on ranking in search results just because they found just the right long-tail keyword.

Networking, relationship building, and actual public relations work were now required to earn that coveted online conversation (and thus links) for the brand or product you were representing.

Total bummer for the “I only do SEO” folks out there.

And thus, it did what it was supposed to do—stop PR professionals from trying to fit a news release around a bunch of random keywords.

In fact, Google recently patented the “semantic link” which actually give you search credit for merely being mentioned on another site.

Without actually having a link to your product or page, semantic links from other pages actually boost your search engine results.

A veritable win for the smart, savvy PR pro who specializes in getting people talking (online and off).

So how does one best take advantage of Panda’s heroics?  How can a news release best be crafted to catch the media’s attention and get people talking about your client’s product or service?

Let’s start from the beginning. 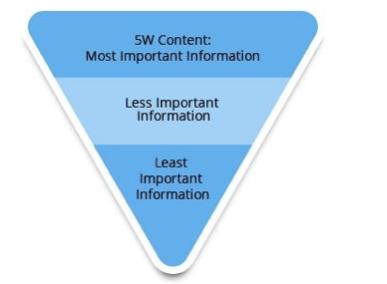 Just because Google Panda allows for more free-form writing doesn’t mean we’re all free to write just how we want.

Staying on topic is still important.

Instead of “keywords” and “search phrases,” think “contextually relevant phrases” to help you stick to the point at hand.

The more focused your news release is, the better chance it has of getting picked up.

Google is still looking for concise, readable prose after all.

SEO as we know it may be dead, but Google is still king.

Write for humans, not just algorithms, and your news releases will still end up at the top of the pile.

Mickie Kennedy is the founder of eReleases, the online leader in affordable PR distribution since 1998.

View all posts by Mickie Kennedy