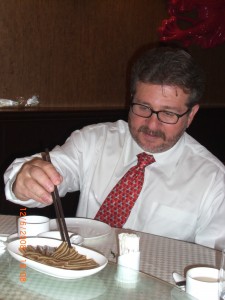 Looking into the communications crystal ball is fraught with peril.

Who could have predicted HP would buy a company for $10.3 billion only to discover they misread the price tag by a few billion?

And yes, this does fit under the communications umbrella, as you’ll see in a moment.

Still, my crack research team of one – that would be me – has studied the future of communications and offers these predictions for next year.

With tongue firmly in cheek a smidgen above the left molar, here goes.

I appreciate the Spin Sucks team making room for my version of levity. Would love to see your ‘number 10’ in the comments!

Here’s wishing everyone a healthy and successful 2013.

Lou Hoffman spearheads a global communications consultancy and writes about storytelling through a business prism at Ishmael’s Corner. You can also find him on Twitter.