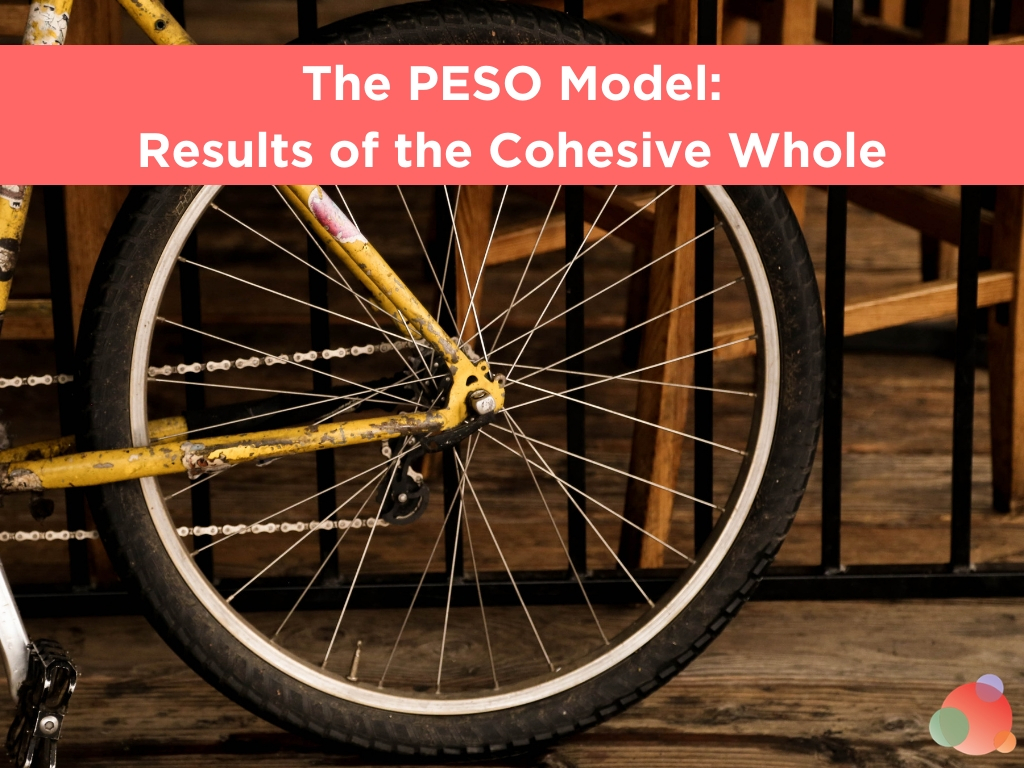 On this week’s Spin Sucks podcast, we have a refresher on the PESO model.

We break it down into several pieces, explain how each media type works in connection to the other, and show how an updated and effective communications strategy should create authority, build awareness, and generate qualified leads for your business.

Are you subscribed yet? If not, what are you waiting for? Scooch on over there and get yourself subscribed!

How to Create a Process

The PESO model officially launched in 2014, when Spin Sucks (the book) was published.

For several years before that, it was the process used in my our PR firm.

It was something we worked on with every client, but we’d never written down the process or named it.

It didn’t become complete until I published the book.

As we worked through the process, there were two books that guided us:

We learned how important it is for a service business to have a process.

Then we solidified the idea and used it to discuss our process with clients.

(Both great books, by-the-way, if you run an agency, even if you’re not planning to sell.

If you don’t run an agency, I still recommend reading Traction because it will help you immensely with your annual planning.)

With those two books rattling around in my brain, I went to my team to see what we could do with the process we used for clients.

At the same time we were communicating it externally, we began to build the vision for Spin Sucks, which is to change the perception people have of the PR industry.

So I included it in the book, to teach communicators about the process and how to use it in your own integrated communications programs.

It’s a way to show how connected all the work we do it, and it takes into account the developments and light speed evolution of digital media.

It also provides an outline for what it takes to create a successful and in touch digital communications program today.

The idea behind the PESO model is that there are four media types for communicators to consider using as they plan and evolve their programs.

And, when used together, create authority, build awareness, and generate endorsements and qualified leads.

You may lean more heavily on one or two of the media types — and that’s totally OK and normal — but you never want to forget the big picture entirely.

Those media types are Paid, Earned, Shared and Owned.

Let’s go through each of them.

The first letter, “P”, stands for “paid media,” such as sponsored tweets and Facebook posts, sponsored content, and email marketing.

The second letter, “E,” means “earned media” and covers what a lot of people think is the bulk of PR or publicity — media relations, blogger relations, investor relations, and influencer relations.

Earned media is getting your name in print. It’s having a newspaper or trade publication write about you. It’s about being interviewed about your product or business on television and radio.

When laymen think of public relations, this is what comes to mind, but it’s truly only one facet of the communications or PR strategy.

The third letter in PESO, “S,” stands for “shared media.”

Continuously evolving, social media continues to build beyond the advertising and customer service teams using it.

And “owned media” is the last letter of the PESO acronym — the “O.”

But owned media or content creation isn’t just about blogging: it about anything that you own.

A good way to think of the PESO model is as a cohesive whole.

First, you’ll create your content (owned media), then you’ll use shared media to distribute it, paid media to amplify it, and earned media to rubber-stamp it.

This all sounds pretty orderly, right?

The best part about the PESO model is that it’s fluid and it’s adaptable!

For example, we are big fans of blogging as part of our content creation because it’s been a powerful tool for us—and for our clients.

But blogging doesn’t work for everyone — or rather, it doesn’t always offer an acceptable return-on-investment for every person or business.

So, going back to the PESO model drawing-board: if content creation or “owned media” doesn’t work for you or your business, you don’t have to use it to be successful.

You can use shared media. Or paid, or earned. Whatever works.

If Money Were No Object…

The point is that you have a starting point for research, analysis, brainstorming, and planning.

And it gives you a great answer to, “If money were no object, what could we do?”

Also don’t be scared of paid media. We’re not asking you to do Super Bowl ads or crazy creative YouTube video ads.

You absolutely should know how to use social media advertising, native advertising or sponsored content, email nurturing, and more.

So don’t ignore that in your PESO model program. It’s there for a reason.

Stand up and own the process. Strategically execute all four media types.

Are you ready to take the next step? Do you want to learn how to build and scale an integrated communications program? One which drives real business results and shows the PR value clients care about?  Become PESO Model Certified today.

Photo by Nielsen Arenas on Unsplash