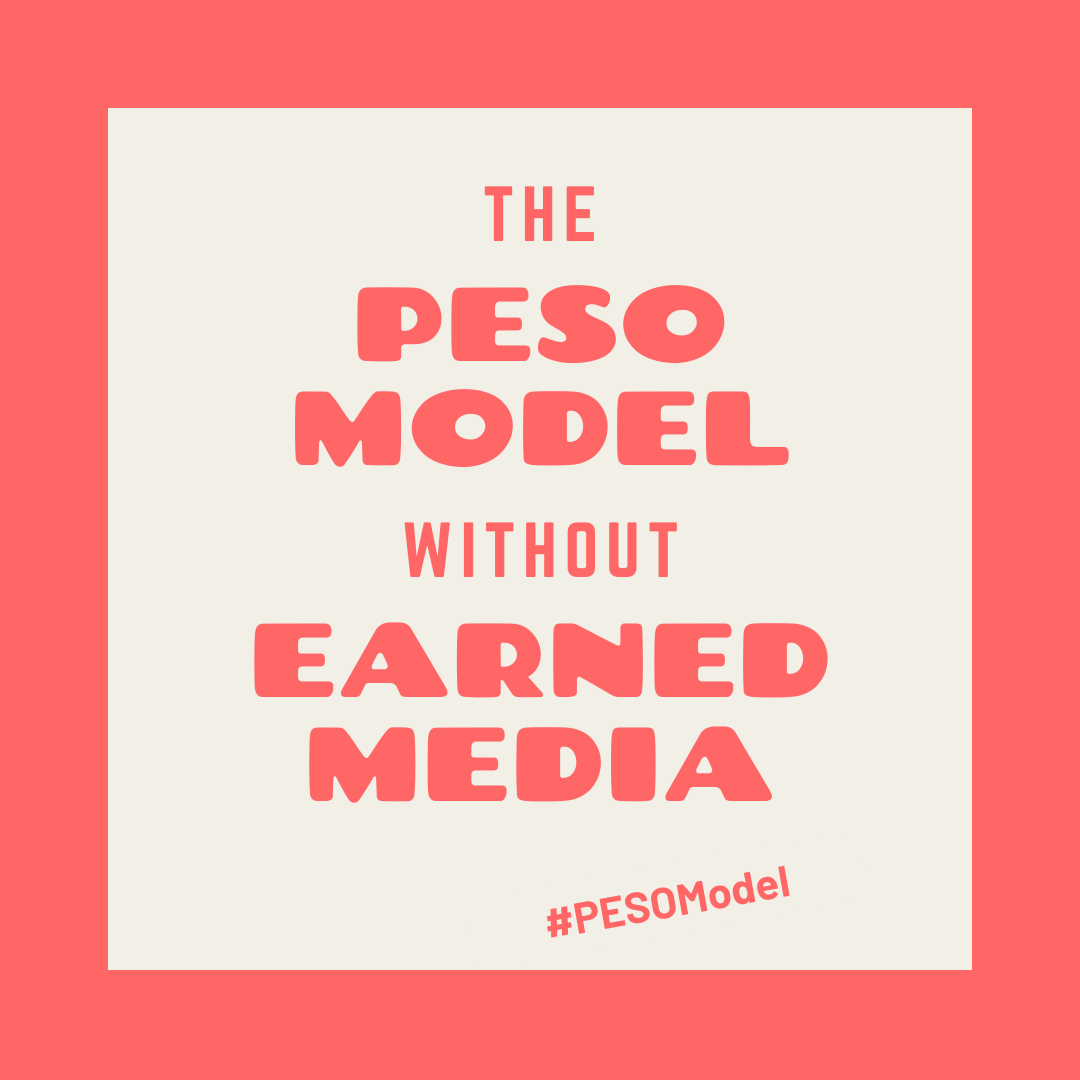 At the end of March, Gannett announced they will furlough workers at more than 100 newspapers between April and the end of June.

Every journalist making more than $38,000 a year will have to take one week unpaid sometime during the three months.

This includes USA Today, The Arizona Republic, The Milwaukee Journal Sentinel, and many other city newspapers.

At the same time, journalists are on Twitter talking about how exasperated they are because of the massive number of emails they’re receiving from PR professionals that they just don’t have time to read—relevant or not.

Now you add on top of that they will not be able to answer emails while on unpaid leave—or on an extended furlough—and suddenly earned media goes out the window.

What is one to do when an executive or client wants publicity or ink or press and you don’t have anyone to pitch?

Do Your Homework Before You Send that Email

We’ve been here before.

During the Great Recession, many of the journalists I’d spent my entire career building relationships with were furloughed…and then never got back to work as newspapers and magazines went out of business.

And, while earned media never really returned to where it was pre-2008 (hence the creation of the PESO model), we did figure it out.

And we’ll figure it out again.

But here’s the thing: right now, you have to be incredibly careful about pitching anything to anyone.

Yes, there are lots of journalists who need to cover something, other than COVID.

Stay on top of those relationships, but be really careful about pitching those who are furloughed.

Those who are furloughed have been told they can’t read or respond to emails during that time.

A journalist at the Tennessean Democrat said she was told she will be on furlough for seven days and she’s not allowed to open her work email. She said:

I haven’t done that in, well…ever.

You can bet if you send something while they’re furloughed, it will never see the light of day.

Forbes has a daily updated tracker where you can check before you send that news release or email pitch.

Not only will your pitch not be seen—it’ll likely belong to a mass delete when journalists get back to work.

I know this is challenging when you’re being tasked to get earned media attention right now.

If you want, send your executives or clients to me and I’ll professionally explain what is happening in the world right now that prevents you from being able to achieve their every whim.

Be Smart and Strategic About Your Earned Media

I had a similar conversation with a friend last week.

He called me in a panic because his boss wants him to get publicity for a product they’ve just launched.

He wants all sorts of stories in the top national newspapers, including USA Today.

To boot, it’s a product that I wouldn’t call essential or necessary right now, which makes the earned media pitch pretty tone deaf to where our world is at this moment.

While I fully agree business has to go on—and I do understand that a product launch has to happen (we did, after all, launch the PESO Model Certification five days before Chicago went on lockdown)—we also have to be smart and strategic about those launches right now.

Not only will trying to pitch the new product right now make those who are working angry because it’s adding to the noise that is their inboxes, it won’t ever make it to the inboxes of those who are furloughed.

So what is one to do?

How the PESO Model Can Help Right Now

My friend and I discussed other options that could be far more effective, in general, but especially right now.

And I’ll bet you can guess what they are!

That’s right, ladies and gentlemen! We have a winner!

Those other options include the P, S, and O of the PESO Model—or paid, shared, and owned media.

As we talked this through, he told me they have no interest in doing paid media.

That seems ludicrous to me.

Not only is social media advertising crazy cheap right now (mostly because no one can afford payroll, let alone ads), but it’s far less expensive than earned media.

Not to mention, more effective because it can reach their intended audiences without having to rely on reaching furloughed journalists at the exact, right time.

In an ideal world that also allows for what’s happening in the world, he could create all sorts of content for the launch.

His specialty is video so he could create behind-the-scenes video content about how to use the product, what the innovation team does day in and day out, scenes of them building it, interviews with different members of the team, and some outtakes—or bloopers.

And then they would use shared media to promote and distribute them.

They might put a little money behind boosting those updates to reach new audiences—and for native advertising on Outbrain, LinkedIn, or Taboola.

Then, once people start visiting their content on the website, they can create retargeting ads to build to the product launch.

It’s smart, it’s effective, it’s measurable, and they can launch the product without the help of journalists.

Then, when journalists can get back to work and we figure out what our new normal is, he can pitch the case study and success of the campaign to the media outlets that matter to his CEO.

I know it doesn’t work for his CEO’s goals right this second, but it’s the smartest thing they can do in this environment.

And, in case you’re wondering, I did offer to have a conversation with his CEO, just like I’m happy to do for you.

An outside voice is always more revered than we are internally, even when we’re saying the exact, same things.

What If You’re Charged Only With Earned Media?

Now let’s talk about a world of communications without earned media.

How do you implement parts of the PESO Model in this new world, if earned media is where you typically start (or it’s all you do)?

Yes, research always shows that third-party credibility is one of the things consumers trust most.

And research shows that executives value it.

It also shows that those same executives expect “PR” (and I quote PR because earned media is not all we do) to translate to results.

Talk about wanting your cake and eating it, too.

We all know how challenging that is in the best of times.

But I have good news!

And that is what you’re going to capitalize on in this new world—and how you’ll make the case to your CEO or to your client.

If you are asked to promote something via earned media right now, you can refer your CEO or client to the aforementioned Forbes tracker so they can see the reality of what’s going on.

Even if it’s a product launch to trade publications, there are furloughs as many, many organizations wait to see if they’ll receive payroll protection loans (and, as of this recording, many have not yet).

Use the data to your advantage, make your case, and provide different recommendations.

You can’t stop with just, “No one will cover this right now.”

You have to continue with recommendations that will get you the same ego boost as a story in the New York Times or on the cover of your industry’s number one trade publication.

Your recommendations should always begin with owned media.

Without the content you’ve produced and house on your website or blog, you don’t have anything for shared or paid media.

That is where you need to start.

This can be ideas like my friend and I bounced around.

Or, perhaps you do something like what we did with the PESO Model Certification.

We held a PESO Model 2.0 Masterclass for our community.

We announced it in the Spin Sucks community and to our blog subscribers via email marketing versus blog posts.

Once the masterclass was held, we gave those who attended a two-week head start on the public.

Then we launched the new graphic and certification on the blog and via email marketing.

Then, of course, the wheels came off and the world stopped spinning…so we stopped for a bit.

Will we go back later and do an announcement? For sure!

We have a news release in the approval process at Syracuse University as we speak.

So earned media will come later.

And so will social media advertising through paid media.

The point is, there are a lot of different ways you can continue to do business with owned, shared, and paid media (we put email marketing squarely between owned and paid) and not have to rely on journalists right now.

But What About Paid Media?

I am going to venture to guess, because you’re a communicator, you can recommend owned and shared media without much of a fight.

If you’re on the agency side and the client works with someone else for those media types, it behooves you to work with the other agencies to provide ideas and become a trusted resource.

If you’re internal and there are other departments who do these things, same thing.

Work with them to brainstorm ideas and be their extra arms and legs.

Because you’re adding more content, there will need to be more manpower.

Be the extra help right now.

Where I will guess you probably need help is with paid media.

Or you don’t have access to marketing automation or email software.

Or you can’t build landing pages or don’t know how to do conversion marketing.

The PESO Model Certification teaches you the skills you need to deliver those types of things as part of your communications program.

And there are lots and lots of experts you can hire (who are relatively inexpensive right now).

If you need recommendations, shoot me a note. I’m happy to provide you some names and give you an idea of what they’ll cost.

And I get nothing out of doing that, except your undying love and devotion for making you look good.

As I said to a friend a couple of days ago, “It takes a lot of mental energy to learn these new skills in good times.”

While our world will likely never be the same as it was before March of 2020, we will get back to some normalcy when it comes to earned media and journalism.

In the meantime, NOW is the time to implement your owned, shared, and paid media strategies.

This is stuff you can control and measure.

If you need help, you can get it in the Spin Sucks Community or leave me a comment below.

I’m happy to help brainstorm ideas, help you find paid media experts, or talk to your CEO about why they’re not going to get the front page of USA Today right now.