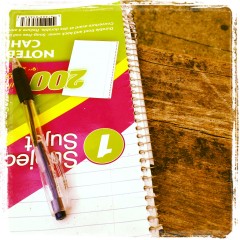 One of the more fascinating aspects of public relations is helping a company decide whether it should make its concerns with regulations or legislation known publicly.

Now, with entire industries embroiled in fights over demands from Washington – think healthcare and energy – today’s business environment is a veritable laboratory of how companies attempt to leverage various political and regulatory audiences.

Some do it well; others don’t and suffer the consequences.

The decision matrix for these strategy discussions is usually complex. Companies speak to many different audiences, and calculating in advance the affect of asserting a position on an issue with the government requires careful handling.

When developing your strategy, give equal weight to the message and how you convey it. Create your decision matrix and step back for better perspective on how your strategy will affect the company.

Some situations require a bombs-away strategy that is as carefully calculated as other strategies that use a more diplomatic tone. It simply depends on the audience, what’s at stake and the timeframe for implementation of the friendly or damaging mandate. That calculation is made by first addressing several preliminary concerns.

Defining what victory looks like and whether it’s achievable is the first issue to tackle; there needs to be a payoff for the risk you’re taking. Presumably the stakes are high for companies like Delta, UPS, and Rite Aid, all of which entered the public debate over the Affordable Care Act.

Delta, for example, made its position known via an internal memo that was no doubt written for republication. That memo listed the price of compliance as $100 million per year.

In contrast, Rite Aid cozied up to the new law. Although it claimed it was not a political organization, the company held a joint news conference with Kathleen Sebelius, head of Health and Human Services, touting its plan to help people navigate the law.

Both approaches come with risk.

Your team of strategists needs to run the game plan before executing, from the potential reaction of organized labor all the way to community stakeholders.

As part of your preparation, consult with your public relations agency and ask them to research the opposition that other companies in comparable situations have encountered, as well as its sources. Ask for their recommendations on how to minimize negative publicity.

Many good strategies have been torpedoed by poor execution. If possible, target communication to high value audiences by pursuing coverage in publications read by insiders, whether a Capitol Hill blog or industry trade journal.

If public opinion is on your side or leaning your way, consider leveraging it to your advantage by making a compelling case for why regulations are harming your business and its ability to compete with foreign companies, hire new employees or pay shareholders a dividend.

Avoid unnecessary fights and the perception that you’re whining.

Deciding what to do is a chess match full of assumptions about what you expect various audiences to do in response. Fail to think two moves ahead and you can expect a bruising game. Inserting your company into a political debate is not for the faint of heart, but with enough attention to strategy and execution, it can be highly effective.

Matt joined Cookerly after a three-year stint in Washington, D.C. While there, he attended graduate school at The George Washington University and interned at The Heritage Foundation’s Asian Studies Center. A dedicated jogger (except when it’s cold outside), Matt enjoys drinking coffee, keeping up with politics and traveling with his wife.

View all posts by Matt Cochran