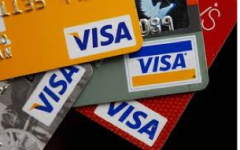 In 2001, I made the big move to Chicago (from Kansas City) to work for an advertising agency.

To help build a PR department within the organization.

It was like shooting fish in a barrel. All we had to do was go to the agency’s existing clients and offer our services.

We generated $6 million and hired 20 people in less than two years. It was, by far, one of the easiest jobs I’ve ever had (from that perspective).

It was an interesting trend: Organizations wanted to integrate their marketing disciplines under one roof and it was working.

A couple of years later, Dell launched their Da Vinci project, which was to bring nearly 1,000 agencies under one roof, to be overseen by WPP.

But then, of course, the 9/11 tragedy enveloped our country, the United States had the worst economic crisis since the Great Depression, and people scurried back to their prospective corners to protect their fiefdoms.

Now, of course, we’re all becoming accustomed to the “new normal,” the financial guys have decided to stop hoarding so much cash, and business leaders are taking some risk again.

This is all very, very good for the industry.

After all, right or wrong, PR is always one of the first things to go in a down economy.

But Visa just made a pretty big move that is going to shake the confidence of agencies, big and small.

In the November 8 issue of PRWeek, Steve Barrett describes the radical shift.

The 90-strong department of the Foster City, CA-based company will now have to cover all the work in-house that was previously handled by its agencies, which included FleishmanHillard, Edelman, and Brunswick, with little or no extra resource.

That’s a blow to the agencies, especially FH, which will take a multi-million dollar hit in fee earnings from the diminution of a nine-year relationship, but also the internal folks who have suddenly seen their workload rise exponentially.

The possible implications you can draw from this development are many and various: Visa is in serious cost-cutting mode; the work of PR agencies has become superfluous; the in-house team is under-worked; or Visa is tearing up the playbook and is going to do things completely differently.

If it’s the latter, the industry should watch for other large companies to consider the same…and agencies will have to reinvent themselves…again.

This case study is micro in a larger macro trend, which sees the large companies merge their marketing and communications departments into one.

Organizations such as FedEx, Allstate, and SAP have already done this. IBM, Nissan, and Cisco did many years ago, but have communications in the top role, rather than marketing.

This is good: It means better integration, more effectiveness, and more efficiencies.

But Visa is the first to draw a line in the sand and have their internal workforce add the work of three agencies to their assumedly already packed to-do lists, choosing not to outsource at all.

Of course, I have no idea if that’s what they’re doing, nor do I know if others will follow suit. But as an entrepreneur building a PR agency, it’s certainly a trend I’m keeping a very careful eye on.