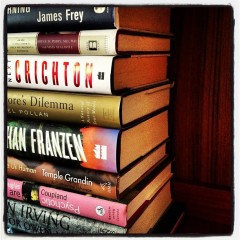 So, you’ve run an ad for your PR firm and someone has filled out the form requesting more information.

Yes, your ad got a click-through and now a potential customer is waiting to be wowed.

Brian is an author. A tall, good-looking, lady killer of an author (definitely not 5’6”, balding, and bitter).

He has written numerous novels, a mystery series, a thriller, and a young adult title that may or may not contain two giant guinea pigs in supporting roles.

He has been marketing his books himself — without the aid of a PR firm — with a modest amount of success.

It’s time for Brian to take it to the next level.

You see, Brian has a goal.

He wants to get one of his books onto the New York Times list for fiction. It takes somewhere north of 4,000 sales in a single week (Sunday through Saturday) to make that happen and he’s willing to invest money with anyone who might help.

Brian sees an ad for a PR firm that promotes books to all the big national outlets. They have logos from USA Today, the New York Times, and all the biggies in TV.

He’s more excited than a guinea pig with parsley.

One click later and he’s take to a landing page. A page created by someone with an eye for design that’s on the cutting edge of Internet circa 1982.

How to Lose a Potential Client in One Easy Step!

The form asks for the title of his book, his email address, and phone number. There is a section to tell the PR firm a little about the book.

He likes the free form section and mentions, though he has written several books, he’s most interested in promoting the one with 158 reviews and a 4.3 rating.

Hypothetical Brian hits send and waits for a response. He’s getting excited.

To the PR firm’s credit, it takes less than an hour to write back. The response is a little ‘form letter’y,’ but includes an attachment with a detailed description of their services and the cost associated with each of them.

Another plus is that it is from one of the partners, which makes Brian feel good.

The text of the email is as follows:

Hi Brian
Thanks so much for contacting our company. I’ve attached a detailed description of our book publicity services. Just know that you don’t have to do all the services at once.

Please let me know if you need anything else.

Brian read the attachment and thought it was worth pursuing. Fourteen minutes after receiving the first email, Brian hit reply. On their end, this should have been a good buying sign.

The response, which was only took 11 minutes to arrive, was less than encouraging. Brian was almost sold on the idea of spending more than $5,000 on their services and the only reply the PR firm could muster was:

Hi Brian – please look at my website there are testimonials in every genre – and yes we’ve publicized many fiction books.

Are You Kidding Me?

Brian took the response to be really saying, “Bugger off, I can’t be bothered to answer your questions…I’m too busy spamming journalists to put any thought into answering your questions. Pay me…then we can be friends.”

It was too much trouble to send a link.

He expected Brian to search his site and find the testimonials himself. Did he also expect Brian to write a great closing pitch before Brian agreed to sign on the dotted line?

Fictitious Brian stood up from his computer and ran his hand through his wavy black Teen Beat hair and strode (on his lengthy legs) to the kitchen for a soda (which may have been a Diet Mt. Dew). By the time he returned to his computer, he was less thirsty, but still annoyed.

Brian went to the PR firm’s site, which was a better design than the horrific landing page, and found the testimonials.

The first one he came across from a fiction author was glowing. The problem was Brian knows a thing or two about publishing and marketing. He’s been at it for a few years now and the reality is ANYONE writing ANYTHING can get 10 reviews. This glowing testimonial came from someone whose campaign, by definition, had failed miserably.

To put it into perspective, I once paid $200 dollars to run a single ad with Bookbub promoting my free day give-a-way for Henry Wood Detective Agency. I expected it would not only result in lots of people trying out my book, but some of those same people might write reviews.

That’s how it works. If one gets a bump in sales or free book downloads, a certain percentage will write reviews. For me, I had 34,000 downloads in two days — November 5th and 6th, 2013. I’ve had 101 additional reviews since then.

It’s impossible to run a campaign that has even the tiniest bit of success and not pick up reviews. This person only had six. Six!!!

Hypothetical Brian was not impressed and wrote back he had lost interest. He then made a lunch date with a super model, and afterward they rode magical unicorns in a meadow without snow.

I don’t know if a PR firm can take up a title and drive sales.

I do know one needs to build a strategy around compacting the positive media into a small timeframe.

They would need to drive some sales to get the ranking of the book to a respectable level before the exposure in national publications began.

I doubt this particular PR firm knew as much.

I think most indie authors understand these basics. There were some other fiction writers on their testimonial page and one who had north of 100 reviews, but none of them had the sort of numbers that suggested they got their money’s worth.

For an outlay of $5,000 or more, the expectation would be 25 times greater, though Hypothetical Brian would have been convinced with only seven to eight times, as the long run would have still been good for the bottom line.

In the end, the PR firm almost had a new client, except for one thing — there just wasn’t any evidence (at least that Brian could find) which showed this firm had the ability to sell books.

Their motto is they are a “Pay for Performance PR Firm,” but they define performance as getting the newspaper articles or radio/TV interviews. Performance is selling books.

Customer service is taking the time to respond to the email with more than “Hey, I really can’t be bothered with all of this, go find out the information your own damn self, it’s on the freaking site, d**bass.”

This PR firm just didn’t get it.

By the way, The first book in the Henry Wood series is on sale for 99 cents today through February 20th for Kindle, so buy yourself a copy!